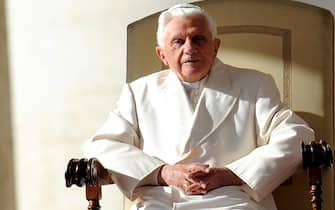 After the death of Joseph Ratzinger, sThere are various tributes to the Pope Emeritus from the leaders of other religious faiths. Benedict XVI was remembered by many as a theologian and man of dialogue, a Pontiff who so much emphasized the identity values ​​of Christianity but who also always aimed at a comparison – frank and without prejudice – with other religions and also with the non-believers

“We recall his theological standing which during the years of his pontificate gave the occasion for an intellectual debate between Christians and the Islamic world. We also recall Benedict XVI’s prayer in the Blue Mosque in Istanbul in 2006. Let us pray that his yearning for Truth may finally meet his Lord in great Peace”they said the Italian Muslims of Coreis after the news of Ratzinger’s death

Death Ratzinger, all the videos

Therefore, the Regensburg incident that had led to a clash with Islam has been filed away. During the 2006 lectio magistralis at the University during a trip to Bavaria, Ratzinger had quoted a sentence of the Byzantine emperor Manuel II Palaiologos on the holy war: “Show me also what Muhammad brought new and you will find only bad and inhumane things, such as his directive to spread by the sword the faith that he preached”. After protests from the Islamic world, he specified that he did not share that thought and invited dialogue

Ratzinger, the first Pope to land on Twitter: here’s what happened

“Benedict XVI in his short but intense pontificate has left an important mark not only in his Church but in the whole world. The news of his death leaves us with regret and regret for the loss of an interlocutor of the highest level, firm in his faith and convictions, but willing to listen respectfully”he stressed Riccardo Di Segni, Chief Rabbi of Rome

Dead Pope Ratzinger, the testament of Benedict XVI: “Remain firm in the faith”

For the Union of Italian Jewish CommunitiesRatzinger is “a Pope who has shown courage and consistency in his choices. Also in the light of this, there is therefore deep emotion and gratitude in greeting a character who has made history and sowed the foundations for a better future, not only for the Church”

Joseph Ratzinger has died, the reactions from all over the world after the death of the Pope emeritus

For the Italian Buddhists Benedict XVI was “a man of profound theological thought and research, attentive to interreligious dialogue. Her stature as a fine scholar matched his meekness. His renunciation of the papal throne was a gesture that affected the whole world and the community of believers in any faith”

The condolences of the leaders of the other Christian confessions were also unanimous. fromArchbishop of Canterbury Justin Welbywhich he defined as Benedict XVI “one of the greatest theologians of his time, dedicated to the faith of the Church and courageous in its defense”

WATCH THE VIDEO: Ratzinger before dying: Lord I love you

Also Monsignor Sviatoslav Shevchuk, head of the Ukrainian Greek Catholic Churchhe joined “the condolences by sending a letter to Pope Francis in which he retraces the ‘spiritual closeness’ that the Pope emeritus had towards the Ukrainian Greek-Catholic Church”. “The pontificate of Pope Benedict XVI – Shevchuk wrote – has embraced our Church with many providential gestures that have favored its rebirth after the communist persecution and authentic development in modern times”

Monsignor Shevchuk and Ratzinger had met just over a month ago, last November 9th. “In our conversation – recalled the head of the Ukrainian Greek-Catholic Church – Pope Benedict XVI, already very weak but lucid, assured me: ‘I continue to pray for Ukraine’. I am convinced that even now in his person our people will have an intercessor before the throne of the Lord ”

Even the Patriarch of the Russian Orthodox Church Kirill paid homage to the memory of the Pope Emeritus: he celebrated a “eminent theologian” and defender of “traditional values”a concept also dear to President Vladimir Putin. “The indisputable authority of Benedict XVI as an eminent theologian has enabled him to make a significant contribution to the development of inter-Christian cooperation, to the witness of Christ in a secularized world and to the defense of traditional moral values”wrote Patriarch Kirill in a statement

A message of condolences for Ratzinger’s death also came from King Charles IIIBritish ruler who is also supreme head of the Church of England: he praised the efforts of the pope emeritus to “strengthen the relationship between the global Anglican Communion and the Catholic Church”

Death of Ratzinger, this is how the international media remember the Pope Emeritus