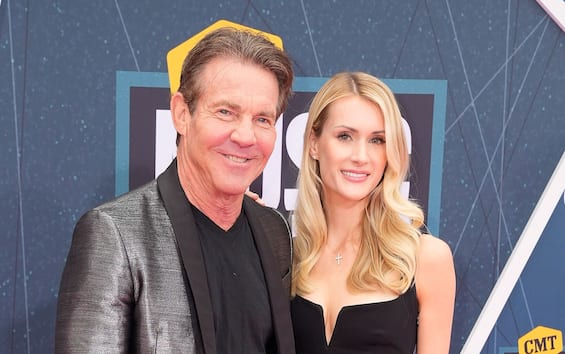 New business adventure in sight for Dennis Quaid. The 68-year-old seasoned actor was cast for Full Circlea new six-episode TV series produced by HBO Max. The director will direct the episodes Steven Soderbergh and the engagement of Dennis Quaid joins the already known Timothy Olyphant and Zazie Beetz. The role that the Houston actor will have to play is not yet known.

Full Circle centers on the investigation of a failed kidnapping attempt, which unearths long-standing secrets that bind several people in New York City. As reported by Varietythe project of Full Circle was in vogue as early as 2021, again with Steven Soderbergh directing and also as executive producer alongside Casey Silver. As a screenwriter, however, there is also Ed Solomon who thus recomposes the trio with Soderbergh and Silver in No Sudden Move. Steven Soderbergh’s choice as director is due to a previous multi-year agreement he signed in January 2020 with HBO and HBO Max. Under this contract, the director is committed to making TV series and movies on both platforms.

Dennis Quaid’s long adventure in the world of cinema begins in 1979 in the film All American Boys. In 1983 appeared ne The shark 3third chapter of the successful saga that began with Steven Spielberg to the management. Over the years, Dennis Quaid will confirm himself as one of the most eclectic actors on the international scene, participating in films of different genres. From Wyatt Earp to Dragonheartpassing through Criminal instincts, Parents in a trap but without forgetting The Day After Tomorrow, In Good Company, What to Expect When You Expect And Comic Movie. As for the small screen, however, he made his debut in 1977 in an episode of Baretta and participates in the show Bill in 1981. After a 20-year hiatus, he returned to the small screen with A cena da amici, while in the 2000s he participated more frequently in TV series such as Vegas, The Art of More, Fortitude And Goliath. Finally, he also boasts a very short experience as a voice actor in Battle for the Earth 3D And SpongeBob. In addition to his acting career, he tries his hand as a musician together with The Sharkshis band.