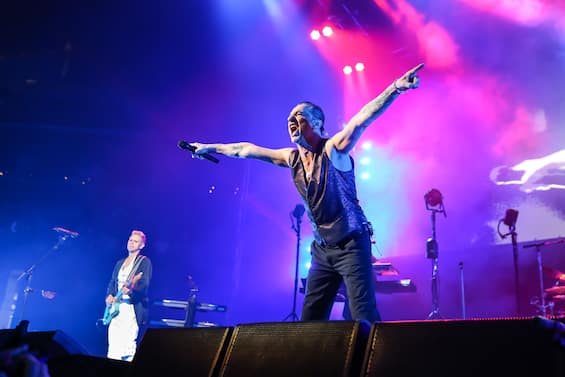 Three years after entering the Rock & Roll Hall of Fame and five years after the last series of international concerts, Depeche Mode announce the release of a new album and the start of a new world tour in 2023. Disco and tour have the same name, Memento Mori, and they will both see the light next spring.

Disco and tour in the spring

If the release date of the album has not yet been made official, however, there is already that of the start of the tour, which will start on March 23 from the United States, with stops at Madison Square Garden in New York, at the United Center in Chicago, the Kia Forum in Los Angeles and the Scotiabank Arena in Toronto.

IN EUROPEAN STADIUMS IN SUMMER, WITH THREE ITALIAN STAGES

Then the band will fly to Europe for a tour of the stadiums, where they will also touch Italy with three dates: July 12 at the Olimpico in Rome, July 14 at San Siro – Milan, July 16 at Dall’Ara in Bologna. Other stages in the Old Continent will concern, starting from May 16, the Stade de France in Paris, the Olympic Stadium in Berlin, the Twickenham Stadium in London.

THE WORDS OF MARTIN GORE AND DAVE GAHAN

“We started working on this project at the beginning of the pandemic and its themes were directly inspired by that time,” said Martin Gore of Memento Mori – After Fletch’s passing, we decided to continue because we’re sure this is what he wanted, and it really gave the project an extra layer of meaning. “Same idea Dave Gahan:” Fletch would have loved this album. We look forward to sharing it with you soon, and we can’t wait to present it live at next year’s shows. “

The Memento Mori Tour will be Depeche Mode’s 19th tour and the first in over five years. The band’s latest outing, the 2017-2018 Global Spirit Tour, was their longest to date and was one of the highest-grossing tours of the year, with the band playing in front of more than 3 million fans over the course of 130 shows in Europe and North America.