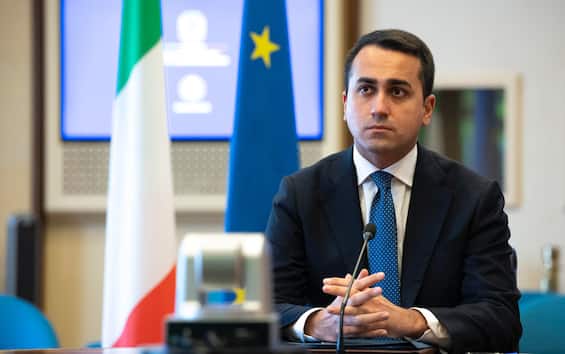 The leader of Civic Commitment, guest of Maria Latella, on the hypothesis of 80% of bills paid by the State to small businesses: “It is certainly a cost that we can afford because the State is collecting more due to the effect of VAT and excise duties “. Then the attack on the center-right: “They are irresponsible, they will smash their accounts by renegotiating the PNRR”

“Giorgia Meloni seems to have been commissioned by Salvini and Berlusconi. This means that we will have a government that will look to Putin “and” that in Europe will isolate us “. The leader of Civic Engagement told Sky TG24 Luigi Di Maio, guest of The interview with Maria Latella‘. A scenario that, for Di Maio, means “no EU ceiling on gas prices, no commission of inquiry on relations with Russia in addition to the sure request to renegotiate the PNRR, which will isolate us in Europe”.

“They will wreck the accounts by renegotiating the PNRR”

That of the center-right, according to the foreign minister, “is a contradictory coalition, made up of irresponsible people who have thrown down Draghi at the most difficult moment. They want the whim of governing for a year, they will break the accounts, then Salvini and Berlusconi will leave Meloni and we will have to call back another technician to put the accounts in order: I am very worried: renegotiating the NRP means losing 230 billion euros ”.

“Ready for a bill-cutting decree for small businesses”

On the hypothesis of 80% of bills paid by the state to small businesses, Di Maio reiterated: “It is certainly a cost that we can afford because the state is collecting more due to the effect of VAT and excise duties. that businesses close due to expensive energy “.” Our proposal “, Di Maio clarified to Marina Latella,” as soon as the new parliament takes office, is a bill-cutting decree that is able to allow entrepreneurs until December of have 80% of the bills paid. It is an emergency solution pending the European ceiling ”on the cost of energy, continued the Foreign Minister.

For Di Maio, “Salvini realized he had made it big. He and Conte have brought down the government ”and“ are now asking for interventions ”against the expensive bills. “Too bad that the Chambers are dissolved and the government is in charge of current affairs.” Finally, a jab at Carlo Calenda: “It would not surprise me to see in the not so distant future in the same majority Renzi, Calenda, Salvini, Berlusconi and Meloni. Calenda’s choice to go alone actually helps Meloni and Salvini. It is very likely that they are cooking this coalition ”.