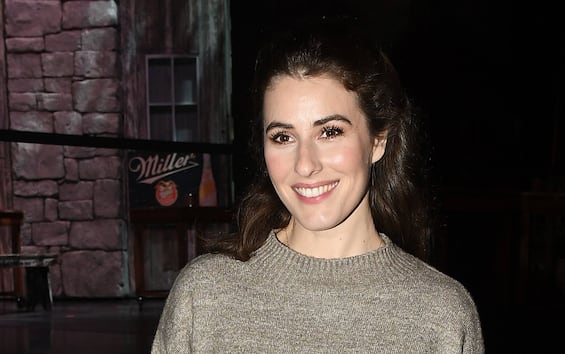 “I have a disorder: coprolalia, the urge to say inadequacies”. Diana Del Bufalo, actress, presenter, singer and comedian, tells herself without filters who – in an interview with The Corriere della Sera – revealed to be affected by what “they explained to me is a branch of Tourette’s syndrome, it happens to me when I’m bored and they are all formal” (WHAT DOES COPROLALIA MEAN).

Del Bufalo also said: “The first time this happened to me I was in the shop of my brother’s ex. A lady asked if anything other than flowers could be engraved on a necklace. My brother’s ex replies ‘no, just the flowers’. And I say: ‘Marta, maybe the lady needed a good foul!’ “.

During the interview, Diana Del Bufalo touched on many topics, from social media – “they can also delete or ban my profile. It can’t become anguish “- to what she defines as” logic “, one of the reasons that led her to make her choice in the political elections in September:” For example, it is not logical that for a straight couple it is so difficult adopt a child and that gay couples cannot try. It is neither in heaven nor on earth. Of course there must be checks, but we live in a society where everything is now safe, everything is traceable. It makes me angry, even to think that the children of gay couples have only one parent by law. It’s awful ”. She then confirms for the umpteenth time that hers with fellow actor Cristiano Caccamo is just a friendship- “Well yes: friendship between man and woman exists” -and she says that with her ex Paolo Ruffini now he has “a good relationship”.