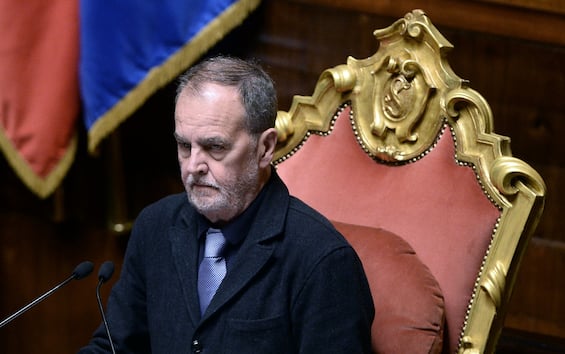 De Luca announces battle: “A measure that generates chaos and splits the country in two”. The Minister replies that there is no proposal to withdraw, since “it has never been presented”. “The one on the table – he explains – is a working draft to start discussing and working on”

The president of Campania Vincenzo De Luca announces a battle against the proposed law on differentiated autonomy that the Minister of Regional Affairs Roberto Calderoli has anticipated to the governors and which will be on the table of the Conference of the Regions tomorrow. It is a bill that the Northern League minister has placed at the top of his objectives and which promises to be a battleground with the Southern Regions, but also within the majority, given the coldness of the Brothers of Italy.

“That’s a draft on the table”

“There cannot be Serie A Regions and Serie B Regions”, Fabio Rampelli (FdI) gets his hands on today in the Fatto Quotidiano. On the eve of the discussion, Calderoli tries to temper it, however asking for “loyal collaboration”. The minister first underlined that there is no proposal to withdraw, since “it has never been presented”. And then he assures: “The one on the table is a working draft to start discussing and working on. I hope that the definitive version of this text can be written with the contribution of all the Regions, because this is a draft open to any type of proposal “.

The draft does not include the obligation to establish the Lep

The decisive point is that on the essential levels of services (Lep): according to article 117 of the Constitution, the State has exclusive power over the “determination of the essential levels of services concerning civil and social rights which must be guaranteed throughout the national territory”. For the governors who are against it, a proposal for differentiated autonomy that does not provide for its definition upstream is “intolerable”. In fact, the draft no longer provides for the obligation for the government to establish the Lep before proceeding to the direct agreement on the matters to be delegated to the Regions, but only a term of one year beyond which, if they are not approved, the functions can however be transferred to the Region.

Zaia and Fontana in favour

Differentiated autonomy is a cross-party theme. Among the historically favorable governors are not only the Northern League supporters Luca Zaia and Attilio Fontana, but also the dem governor of Emilia-Romagna Stefano Bonaccini, who was later joined by the president of Tuscany Eugenio Giani, who – also recalled today – focuses in particular on two subjects: cultural heritage and geothermal energy. The president of the Valle d’Aosta Erik Lavvaz judges the confrontation between the government and the Regions positively, but “we will actively participate in the confrontation first of all with the other realities with special statutes, so that their peculiarities are safeguarded”.