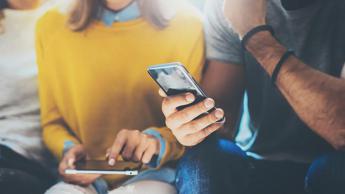 The results of a study on the tech habits of Italians

Italians are increasingly digital, but after the pandemic boom they have slowed down their race towards the adoption of new devices, which are now widespread and seem to have reached their “balance point” among consumers. This is what emerges from Deloitte’s “Digital Consumer Trends Survey 2022”, the periodic study that analyzes trends and news in the world of digital consumption in Italy. In 2022, the percentage of adults in Italy who claim to have had access to digital devices has tended to remain stable, with small differences that have little effect on a scenario that, overall, seems to have reached a point of equilibrium. Among the most popular devices are smartphones (94% of Italian adults have one) and laptops (83%). Tablets and desktop PCs follow with a certain distance, owned by about one in two adults. The diffusion of e-Reader devices and portable game consoles, owned by about one in four Italians, is more contained.


Among the devices that are still “niche” virtual reality viewers stand out, reaching 8% in 2022. Even the fitness bands do not show particular impetus in terms of penetration rate, unlike smartwatches, the only voice in significant growth compared to previous editions: if in 2017 10% of Italians declared they had one, today this percentage exceeds 30%. Among smart home devices, however, the spread of speakers with voice assistant continues to increase: in 2017 only 4% of Italian consumers had one, while today this percentage reaches 27%. Positive trend also for Smart TVs: today about 2 out of 3 adults in Italy declare they own one, a result almost doubled compared to five years ago.

“This edition of our study highlights a slowdown in the trends of access and use of most digital devices, after the digital boom imposed by the pandemic and the consequent spread of DAD and smart working – two great news in the world of education and work that required many Italians to equip themselves with one or more digital interfaces “, says Francesca Tagliapietra, Technology, Media & Telecommunications Leader of Deloitte Italia, in commenting on the research data. “It seems that, in other words, the diffusion of the main devices has reached a point of equilibrium, where each device has found its own space and its own audience, after years of clashes and” cannibalizations “. An obvious exception remains: the trend of adoption of smartwatches, devices that, after some initial hesitations, are now recording significant growth “.

According to the “Digital Consumer Trends Survey 2022” in Italy only 1 consumer in 5 among adults who own a smartphone chooses to buy a specific model based on sustainability and only 18% know the ecological footprint of their device. However, there is growing attention to the average duration of devices, which leads to lengthening their life cycle and reducing the consequent impacts deriving from the production and distribution of new devices. However, it remains to be seen whether this trend is actually driven by a greater focus on the environmental impact of devices or, instead, by a combined effect of increasing their price and cost of living. Thus, while one in two consumers in Italy believe that companies should make explicit the ecological footprint of the devices they market, only 23% think that technology companies are transparent about their environmental impact. And, even more significantly, only one in three consumers recognize that they are willing to pay a higher price to buy a more sustainable smartphone.

Furthermore, in the face of a greater environmental sensitivity declared by consumers, today the vast majority of Italians continue to prefer a new smartphone. A distrust of used and refurbished products that is justified with a still reduced trust in used device retailers and with the desire to have a device that ensures a longer life. The theme of the duration and average life of a device emerges, in fact, among the characteristics that guide Italians in the choice of buying a smartphone. If the main focus, in addition to price, remains linked to technical performance characteristics (battery, processor, screen, camera, etc), 13% declare to look at the average duration of a device as a selection criterion, while 12% look at the durability, or the physical resistance capacity of the device.

Among Italians, only 3% declare that today they do not have access to the internet at home, while 69% rely on a fixed broadband connectivity provider via Wi-Fi. The remainder relies mainly on a mobile internet network provider. Among those who have chosen to use the internet service of a broadband fixed network provider, one in three declares that this is not part of a package with other services. Those who, on the other hand, have chosen to subscribe to a package, above all integrate the fixed telephone line (almost one out of two), still adhering to a “traditional” model of offering telecommunication services. The association of broadband service with a mobile connection (reported by 16%) is less frequent, as are packages that associate domestic connectivity with media subscriptions, for example for streaming and TV services.

There are still few Italians today who regularly use 5G: this is 9% of those who own a phone or smartphone, a slight increase compared to last year. Among those who use 5G, 38% say they cannot explain the difference between 4G and 5G, a percentage that reaches 45% among the very young. More generally, among those who own a smartphone, 44% say they do not know enough about the subject. Therefore, if the diffusion trend appears to be growing, there is still a certain difficulty on the part of consumers in understanding the actual extent of the transition to a latest generation network. It should be added that, in some cases, there is also a coverage issue that can make the effective use of the potential of 5G more difficult. Finally, there is no shortage of skeptics: among those who own a smartphone or a phone, one in five does not have a device that supports 5G and is not interested in having it in the future, while 15%, despite having a device that supports it, do not purchased a data plan that includes it.