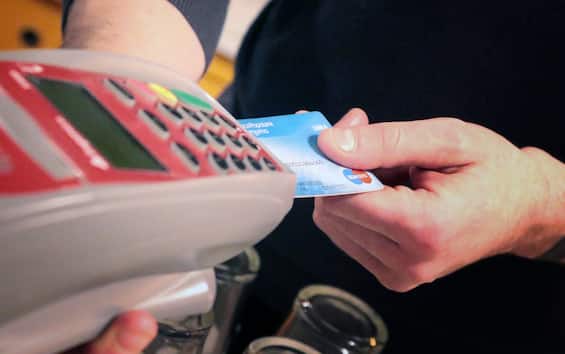 After a 24% increase in 2021, the use of non-cash transaction settlement instruments continued to grow in Italy despite the easing of the pandemic crisis. This was revealed by the latest report by the Italian Banking Association, which underlines the 49% leap achieved by contactless cards. But our country still remains among the last in Europe especially for “habits and cultural aspects”

The growth of digital payments in Italy does not stop. Despite the end of the acute phase of the Covid-19 pandemic, the use of cards and online tools as an alternative means of settlement to cash recorded a 22% increase in 2022 after the +24% achieved the previous year. This is underlined by the data processed by the Italian Banking Association, which above all underlines the leap of contactless.

According to the Abi report, contactless cards have recorded a leap of 49% while smartphones and bracelets even of 139%. A trend as a result of which Italy, while remaining in the last places for an alternative to cash among European countries, has been able to record growth above the average of the Old Continent in the last two years. Not only. The greater use of digital payments and in particular of home banking is also leading banks to invest more and more in security, so much so that sector spending has exceeded 350 million euros and 91% of institutions expect an increase. However, the trade association led by Antonio Patuelli underlines how anomalous transactions have dropped by 40% although the value remains higher than the pre-pandemic period.

A question (also) of culture

In 2021, underlines Abi, our country was third from bottom in Europe ahead of Bulgaria and Romania for the number of per capita transactions using electronic tools (168 against the average of 333 in the euro area). A delay due not only to tax issues but also to “habits and cultural aspects” of customers even if there is a trend reversal due to Covid and measures such as cashback. “The data does not depend on the differences in the diffusion of cards or the number of pos” explains the association, according to which in our country there are 1.5 cards per capita against the Euro average of 1.9 and 70 pos per thousand inhabitants against an average of 39.