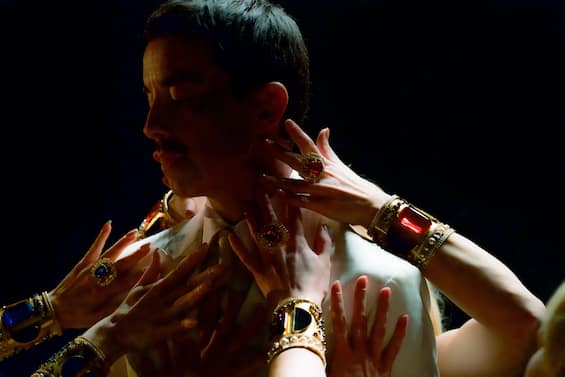 After returning from a cross-border tour that took him to Europe and the United States, Diodate returns live with ten dates, produced and organized by OTR LIVE, which will bring the singer-songwriter to the most prestigious clubs in the main European cities, in spring 2023. These are the dates that will see the singer-songwriter perform in Italy, Spain, Germany, France, the Netherlands and Czech Republic in 2023: April 15 at the club Hall in Padua, April 20 at the Alcatraz in Milan, April 22 at the Teatro della Concordia in Turin, April 27 at the Estragon in Bologna, April 29 at the Atlantico in Rome , on May 11 at Clamores in Madrid, on May 18 at the Maschinenhaus in Berlin, on May 20 at the Café de la Danse in Paris, on May 26 at the Bitterzoet club in Amsterdam and finally on May 27 in Prague at Palàc Akropolis.

Diodato, recognized among the most refined and appreciated songwriters of the new Italian music scene, returns live to rejoin the public and make together an extraordinary musical journey among his greatest hits and repertoire pieces.

The pre-sales of the Italian dates are open from today and available on the authorized circuits and at the following link: https://www.otrlive.it/tour-dates/diodato-tour-2023/. From 30 November, pre-sales of the European dates will be available at the same link.

The unreleased song If you want me (Carosello Records) by Diodato is part of the soundtrack of Diabolik – Ginko on the Attack!a film in which the artist appears for the first time making a special cameo from which the official video clip is taken, in which he immerses himself deeply in the atmospheres and cinematographic historicization of the most famous Italian comics from the 60s. With If you want me, Diodate returns to write and interpret an unpublished work linked to a film project, after the success of What a wonderful life.