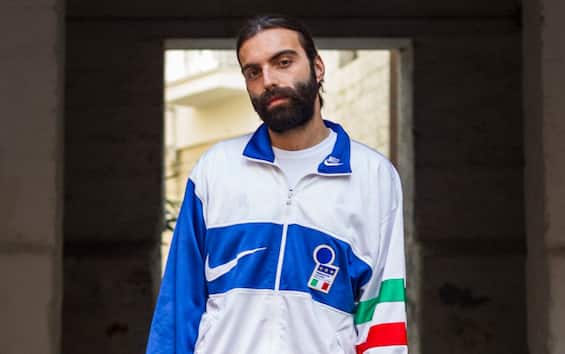 The dj Sgamo, famous dj from Bari who Rolling Stone defines “key figure of the Milanese nightlife”, has decided to make its network of contacts available to offer support to emerging artists. Thanks to him, many young people can finally reach established realities, which is not at all obvious (indeed).

He then launched a new collective project, called “wegoing”. It is a network that was born from Sgamo’s desire to bring emerging artists closer to the many unattainable clubs and venues, at least when you are an emerging artist. All thanks to the many ties and relationships that this DJ has collected over the course of his rosy career, the one who brought him as an underground artist has performed throughout Italy and Europe, also achieving many important collaborations in terms of fashion. Sgamo has in fact collaborated with some of the most important fashion brands, as reported Rolling Stone Italy.

“During the pandemic, closed in our houses, more or less small, we had finally realized that the individualistic lifestyle was actually an oppression, rediscovering the pleasure of collaboration, even at a distance. Then when everything started again we simply forgot about it, resuming our stupid obsessive rhythms and our habits “he notes RS.
But there are those who have not forgotten how important collaboration is, and one of these is Sgamo.

Dj Sgamo’s words about the project

“I like to help younger DJs to make their way,” explains Sgamo. «I know when the contacts and ties you create over years of work are important in this world and often those who start djing find themselves a bit alone. Hence the idea of ​​wegoing, a group movement that can make everyone grow at different levels », adds the DJ.
At the same time, the artist from Bari has also decided to devote himself to the growth of his discovered talents. With wegoing you use an already open network of channels to “give back to culture what culture has given me”, he reports Rolling Stone.

Many concerts born from this collective project

From this choral project in which the orchestra conductor is Sgamo, excellent symphonies were born, both in and out of metaphor. Together with the cast of the many talents discovered and grouped by wegoing, this summer the DJ from Bari will be present on stage – directly as a musician or as a curator and artistic director – in various festivals and musical events in Italy.

From the Sotto Sopra fest in Gallipoli to the Kings Club in Jesolo, from the Italian Mob in Catania to, obviously, Milan, which has now adopted it (he is at home here: the DJ from Bari owes much of his fame to the Milanese nightlife, which has dedicated to cult dj).

The wegoing events scheduled for the summer

In San Benedetto del Tronto, at the Geko disco, every Thursday of the summer there will be Oh Goddamn, with DJ sets and showcases with The Night Skinny, Dodd, Nahuel, Yanghi, Sovltrippin, Miles, Nko, Finesse, Thelonious B and others.

In Jesolo, Kings Club – Culture Trap Zone awaits you: every summer Wednesday with Sovltrippin, Dawgrudy, Zazz to accompany the shows of Central Cee, Gemitaiz, Paky, Taxi B and others.

Instead in Catania (Italian Mob feat. 095 Hotline) every Thursday in August they will be in the company of The Night Skinny, Hellheaven11, Often and Touch The Wood at the console.
In Parma (Flex FC) there will be Hellheaven11, Nahuel, Zazz and Deep Into, while in Milan two summer dates of No More are expected: the Italian debut of dj Paris Aden supported by Carhartt WIP Italy + dj set with Marco Weibell and Blockchain Algoriddims (NY).
Finally in Bari there is the Brravo Party with The Night Skinny, Sovltrippin, Manueltime, Slu and Holyghetto, as you know Rolling Stone.