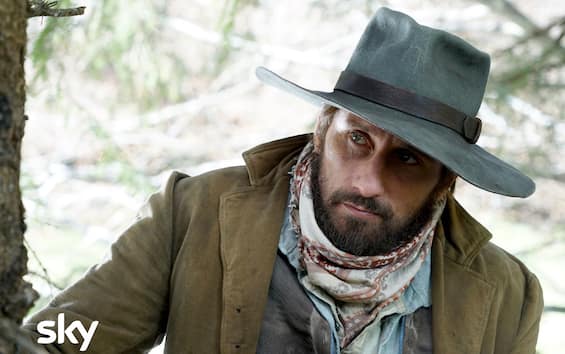 Exactly one month to debut, exclusively on Sky and streaming on NOW, of Django, the awaited original series Sky and CANAL+ tribute to the classic western by Sergio Corbucci. The series will premiere on February 17 and in the coming months will be available in all countries where Sky operates (Italy, UK, Ireland, Germany and Austria) and on CANAL+ in France, Poland, Switzerland and Africa (and through M7 in the Netherlands , Belgium, Luxembourg, Hungary, Romania, the Czech Republic and the Slovak Republic).

Djangotribute in a contemporary key

Djangowhich reinterprets the homonymous film by Corbucci in a contemporary key, is a TV series in ten episodes produced for Sky and CANAL+ by Cattleya and Atlantique Productions (part of Mediawan) and co-produced by Sky Studios and CANAL+, in collaboration with STUDIOCANAL and Odeon Fiction and with the support of the Italian Ministry of Culture and the Romanian government.

Matthias Schoenaerts plays the iconic title character, alongside Nicholas Pinnock as John Ellis, the visionary founder of New Babylon, Lisa Vicari as Sarah, Django’s daughter, and Noomi Rapace as the powerful and Ellis’ ruthless enemy, Elizabeth Thurmann. Among the other performers: Jyuddah Jaymes, Benny O. Arthur and Eric Kole as the sons of John Ellis and Tom Austen as the cowboy Eljiah Turner.

Award-winning actor Matthias Schoenaerts is acclaimed worldwide for films such as A taste of rust and bone, Bullhead – The successful rise of Jacky, The Mustangs. Among his most recent projects is the film by David O. Russell Amsterdam, The Way of the Wind by Terrence Malick, in which he will star, and the HBO miniseries The Palace, in which directed by Stephen Frears he will star opposite Kate Winslet; Nicholas Pinnock, founder of Silver Milk Productions, has appeared on the big screen in films The Last Tree And Dark Encounterand is known on TV for popular TV series Counterpart, Top Boy, Fortitude, Marcella and, more recently, For Life; talented actress on the rise Lisa Vicari is known for her performances in the film moon and, in recent years, in the popular TV series dark; award-winning actress Noomi Rapace is best known for her roles in the trilogy Millenniumin movies Prometheus And Seven Sistersas well as for independent films Lamb And You won’t be alone.

Django is an Italian-French co-production created and written by Leonardo Fasoli (Gomorrah – The Series, ZeroZeroZero) and Maddalena Ravagli (Gomorrah – The Series), both also co-authors of the series story together with Francesco Cenni and Michele Pellegrini. Complete the writing team Max Hurwitz (ZeroZeroZero, Manhunt), who signs two screenplays.

International distribution is by STUDIOCANAL.

Freely adapted from the cult movie by Sergio Corbucci, Django is the story of a man who, having set out in search of revenge, will end up fighting for something greater.

Texas, late 1800s. Django reaches a parched city at the bottom of a crater: it’s New Babylon. He searches for the men who murdered his family, but discovers that his daughter Sarah survived and is at the scene. She is now twenty years old and is preparing to marry John Ellis, who is the founder of New Babylon; plus, she doesn’t want Django around.

But Django is not a man to give up, and he will leave no stone unturned to have another chance with his daughter. In each case the three – Django, Sarah and John – are entangled in a tangle of sinister secrets destined to come to the surface.