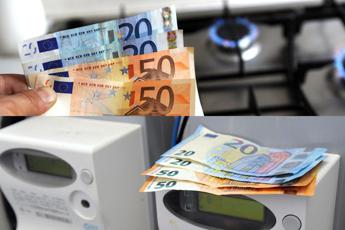 The decree will be worth € 9.1 billion

The 9.1 billion Aid Quater decree could arrive on Thursday evening or more likely Friday to limit the impact of the expensive bill on families and businesses. For the go-ahead of the legislative decree, in fact, the Parliament’s vote on the report is expected to authorize the deviation of the deficit expected in the coming days: on Wednesday afternoon it will be the turn of the Chamber of the Chamber to begin the examination of the update note to the Def and the related report, then it will be the turn of the Senate.


Meanwhile, the MEF is working on the decree called above all to extend the cut of 30.5 cents in excise duties on fuels until 31 December. The tax decree for energy-intensive companies and not for energy costs has also been extended until the end of the year. The Treasury is also working to extend to the maximum the current ceiling of 600 euros of fringe benefits for workers to be allocated to the payment of utilities. A bonus, in the context of corporate welfare, which would give greater weight to paychecks and would alleviate the cost of the energy bill.

The decree will be worth € 9.1 billion between extensions and other measures to be financed but which will have an effect on the years to come. It is still being defined but, as far as we know, for interventions against expensive energy, 6-7 billion would be needed, the rest would go to measures with an impact in the following years.

For the 2023 ‘gross’ maneuver, on the other hand, over thirty billion would be needed, to re-propose the measures against expensive energy and start the key measures promised in the election campaign: flat tax and pensions, in the lead.

The increase in the 2023 deficit by 1.1 points – from 3.4% to 4.5% created a margin of maneuver equal to about 23 billion (about 10 billion is a legacy of the Draghi government). Apart from energy, fiscal interventions (flat tax and possible increase in the tax wedge) and social security measures (first intervention on pensions to overcome Fornero) should be financed with equivalent savings to be found within the same sectors. After the approval of the Chambers, the updated Note will be examined by Brussels.