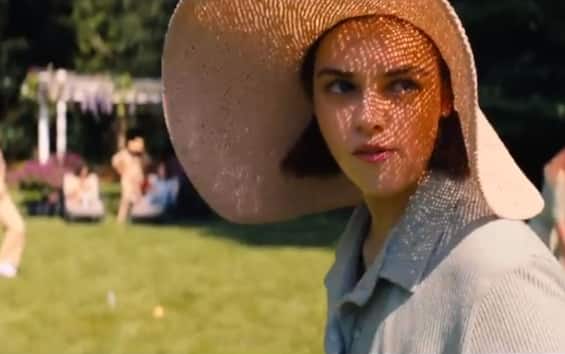 New project for Camila Mendeswhich in the coming months will be the protagonist of the new Netflix series Do Revenge together with Maya Hawke. The project with a dark atmosphere is one of the most anticipated titles of the coming weeks, among the films, probably the flagship of the September proposals. Dark comedy is a genre on the rise among Netflix movie fans, who seem to want to take advantage of the moment to propose a new trend, whose premises seem to be pretty good. As can also be seen from the trailer just released, with this film, Netflix tries to combine two apparently distant genres, the comedy in the style of “High School Musical” and the one linked to dark settings close to the genius of Hitchcock. The result is a unique, exciting product, which is aimed at the youngest but also winks at previous generations.

The Do Revenge trailer

From the trailer we understand that Do Revenge is not the usual “disposable” film designed to last the time of a cinema projection. The photography is treated in detail and the settings recall the most faithful tradition of Hitchcock, to which the writers have not denied having been inspired for the making of this film. Do Revenge is freely inspired by the film The Other Man, the 1951 film directed by the master of the dark who, in turn, was based on the book of the same name, written and published by Patricia Highsmith in 1950. Since the trailer, the viewer is able to perceive the atmospheres in which the two protagonists move, to breathe the highest levels of revenge and suspense typical of Alfred Hitchcock’s films, which in this specific case are intertwined with the stories typical of teen dramas and teen comedies for an innovative product.

The plot of Do Revenge

The cast of Do Revenge

In addition to Camila Mendes and Maya Hawke, the cast of the film also includes Rish Shah, who plays Russ Lee, then Talia Ryder, who plays the role of Gabbi. Eliza Bennett is Jessica, then Cassady McClincy is Ashlyn and Alisha Boe is Tara.