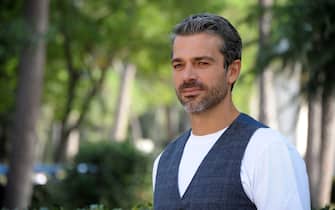 Luca Argentero plays the protagonist, Andrea Fanti. Andrea is one of the best primary of Internal Medicine. Following a gunshot to his head he loses the memory of the last twelve years of his life

WATCH THE VIDEO: Yesterday and today: Luca Argentero, how he has changed

Matilde Gioli is Giulia Giordano, a doctor who in the past had been loved by Andrea

Matilde Gioli nominated Knight of the Republic by Mattarella. The post

Sara Lazzaro is Agnese Tiberi, former wife of Fanti and medical director of the hospital

The ignorant fairies, teaser and release date of the series with Luca Argentero

WATCH THE VIDEO: Giovanni Scifoni, the best roles he has played

Pierpaolo Spollon plays Riccardo Bonvegna, a trainee who lost a leg as a kid due to an accident

WATCH THE VIDEO: Who is Pierpaolo Spollon

Simona Tabasco plays the role of Elisa Russo, a very good senior internal medicine specialist with a strong character who, however, has some problems on a sentimental level

The best films to see in streaming and in cinemas in February 2022. PHOTO

Alberto Malanchino is Gabriel Kidane, a young specialist in Medicine of Ethiopian origins

Elisa D’Eusanio is the head nurse Teresa Maraldi, who will have more space in the second season

Among the new entries there is also Giusy Buscemi in the role of Lucia Ferrari. Post traumatic stress disorder psychologist hired to help doctors get back to normal

From Lucia Bosè to Giusy Buscemi: the most famous Miss Italy ever. PHOTO

Alice Arcuri is Cecilia Tedeschi, the new entry in the series. She is Agnese’s ex-roommate during her university years. In the past she too was in love with Andrea

Marco Rossetti, another new entry, is Damiano Cesconi. Damiano is a structured doctor who comes from Rome after the pandemic. In fact, he deals with human relationships just as he deals with medical cases: with lightness and detachment, trying not to get too involved

Gaetano Bruno is a new entry and plays Edoardo Valenti, a surgeon trained under the guidance of Fabrizia Martelli, Alba’s mother, Edoardo thinks that in medicine there is no room for feelings