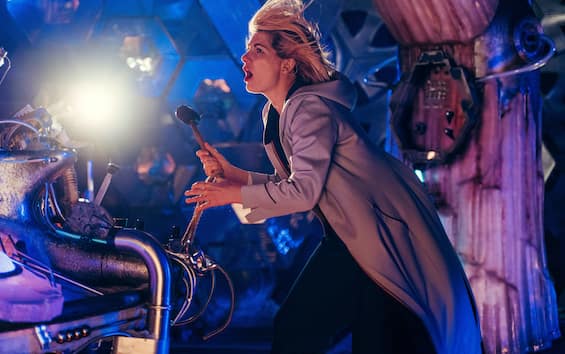 After the airing of the last episode of Doctor Who, the BBC published a action-packed teaser video to promote a series of specials on Doctor Who scheduled for next year. David Tennant and Catherine Tate are present along with Neil Patrick Harris and Ncuti Gatwa, star of the series Sex Education. The teaser offers a first look at the special that will air at the end of the month to celebrate the centennial of the television network.

The BBC spoiled with new images from the teaser trailer released online. Jodie Whittaker transforms into David Tennant and showrunner Russell T. Davies has confirmed that Gatwa is actually the fifteenth Doctor Who. Christopher Eccleston was the ninth, Tennant the tenth, Matt Smith the eleventh, Peter Capaldi the 12 and Whittaker 13, which means that Tennant will also be the fourteenth, which seems to mean that he is a different man from the tenth Doctor. There have been regeneration ripoffs before, and there are a million ways the show explains it all, but Davies still isn’t officially directing the new season even though he’s already rolling out twists. Tennant’s return will see him confront a villain played by Neil Patrick Harris, with fans speculating that Harris could play a classic Doctor Who foe, the Celestial Toymaker.

What the special of the Doctor Who?

In this special feature film the last adventure of the thirteenth doctor is celebrated. “Who is attacking a bullet train running on the edge of a distant galaxy? Why are seismologists disappearing from the 21st century Earth? Who is defacing some of the most iconic paintings in history? Why is Dalek trying to make contact with the Doctor? The Doctor faces multiple threats and a battle to the death. “The Doctor’s Power” will be written by Chibnall and directed by Jamie Magnus Stone, with outgoing producer Matt Strevens describing it as a “great feature epic”.

The cast of the special

A Deadline story says that Tennant and Tate will both appear in three special episodes from Doctor Who which will air in November 2023, more than a year later, and Davies promises that Gatwa’s 15th Doctor will face “mystery, horror, robots, puppets, danger and fun,” and is giving everyone “a year to speculate “before” all hell breaks loose. Sacha Dhawan will also return for the release of the Thirteenth Doctor, and Dalek and Cybermen with Ashad will make an appearance. Yaz (Mandip Gill) and Dan (John Bishop) will help the Doctor in an epic battle for survival alongside Tegan Jovanka (Janet Fielding) and Sophie Aldred (Ace). Familiar faces will also include Jacob Anderson and Jemma Redgrave.