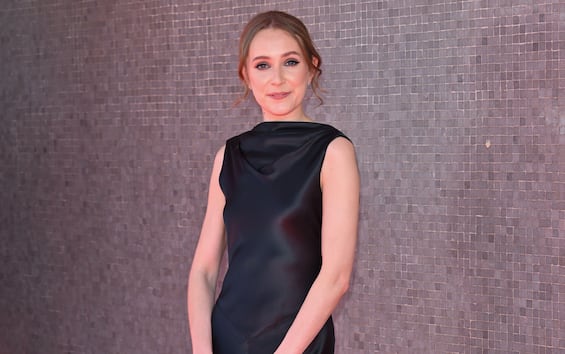 A new working adventure in sight for the actress Rose Ayling-Ellis? The 27-year-old has announced that she will be leaving her role as Frankie Lewis in the long-running soap opera EastEnders, a part obtained in 2020 and which is about to abandon after two years. The artist has revealed that she has already been cast for another work and all the clues of her seem to point to her settling her in Doctor Who.

Rose Ayling-Ellis in Doctor Who?

In an interview granted to The Mirror, Rose Ayling-Ellis she entrenched herself behind a “no comment” regarding her new engagement. However, on the net there are some social clues that would suggest her entry into Doctor Who. The actress, in fact, has recently started following Ncuti Gatwawhich will be the 14th Doctor Who taking over from Jodie Whittaker. Also, Rose Ayling-Ellis put a “follow” on as well Russell T. Davies and Andy Priorirespectively showrunner and casting director of Doctor Who. All this, therefore, suggests his imminent arrival in the world of this TV series, a circumstance that would be welcomed by the many fans of him. On Twitter, in fact, there was a shower of comments towards Rose Ayling-Ellis, with a guy who wrote that she even “will cry with emotion” or another who “could faint with excitement if all this happens” .

The farewell of Rose Ayling-Ellis a EastEnders

In early August Rose Ayling-Ellis announced his farewell to EastEnders, however, saying that she is “excited and ready for new challenges”. She was the first deaf artist to have a regular role in a soap opera, being among other things one of the most important characters as Frankie Lewiswho in the course of the episodes discovered that she was the daughter of Mick. Rose Ayling-Ellis has already shot the final scenes and the retirement is expected in the episodes that will air this fall. She the actress said she loved being part of the cast all this time, but at the same time it was right to leave her to try out new challenges. To greet you too Chris Clenshawexecutive producer of EastEnders who stated: “I have only had the pleasure of working with Rose for a short time, but for us she has always been an incredible resource. She is a true pioneer and we wish her every possible success ”. The actress, deaf since her birth, over the years has also become an exceptional testimonial for those who are in the same condition as her, also posing in some advertising campaigns.