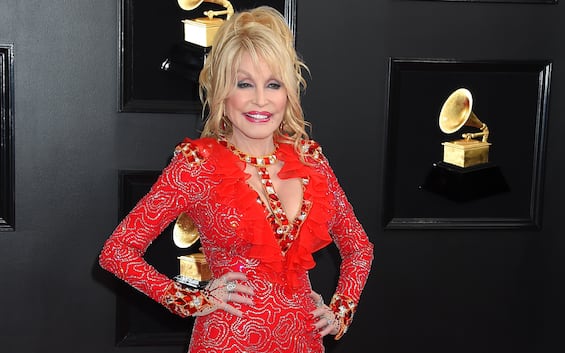 When Dolly Parton he says he plans to release new music he doesn’t lie, in fact he already has several songs ready to give to his fans in the not so near future. Some of her songs may even survive her, given that a secret song has been buried in Dollywood and will only be exhumed in 2045, when the country legend will be on the verge of almost a century of life.

A treasure buried under Dollyland

The secret song with perhaps the longest expiration date ever was buried at his Tennessee theme park seven years ago. The initial idea was to bring it back to light only at the time of Dollywood’s thirtieth anniversary, a gimmick that now no longer seems so brilliant to the singer. Parton, who doesn’t even remember who it was who first proposed the thing to her, expressed all her displeasure at not being able to have that song listened to immediately during the guest at the The Kelly Clarkson Show: “This idea drove me crazy, you have no idea how much it annoyed me. I wrote a song that no one will hear until I’m 99. And I could be there or not be there. I have an urge to go digging! Also because it’s a really good song!”. An excellent piece that was born on purpose to be listened to in a rather distant future: “They won’t expect it to be there yet and I probably won’t be there, but I could also be there, who knows”, said the author of Jolene, now seventy-six years old. It must be said that, as she also recalled, it is not so obvious that the original recording may still exist in 2045: time and the peculiar way of conservation may have deteriorated the support on which the precious musical relic was imprinted, which now lies several meters off the ground together with a cassette player and a CD player. The hope is that both Dolly Parton and her time capsule will last at least as long as her marriage.

Who knows if until 2045 a model time capsule is not really invented-Futurama capable of preserving, in form as today, even this great artist. Meanwhile Parton enjoys what has allowed her to arrive with a great desire to live well beyond the age of seventy: music and love. During her hosted her, the singer was in fact able to reveal the secret for a successful union like hers, which has lasted for more than half a century: “She helped the fact that my husband is a stranger to the world of music business. Carl and I have different interests, but all the things we love to do together have survived, still there,” she said. “That’s how it had to be, I think. I think he was what I should have had and vice versa.” things that last over time, even when it comes to celebrations. These days are precisely the favorite time of the year for her, who confessed that she starts celebrating Christmas “from Thanksgiving until New Year’s Day ”. Miley Cyrusof which Parton is godmother, knows very well her colleague’s passion for the anniversary and for this reason he has involved her in the new edition of his show on CBS Miley’s New Year’s Evewhich returns after the success of the first edition hosted by the former Hannah Montana interpreter with the comedian-playboy Pete Davidson. Probably, in her personal letter to Santa Claus, the already very satisfied Dolly will not have asked for much. Maybe only she can get to unearth her time capsule of hers.