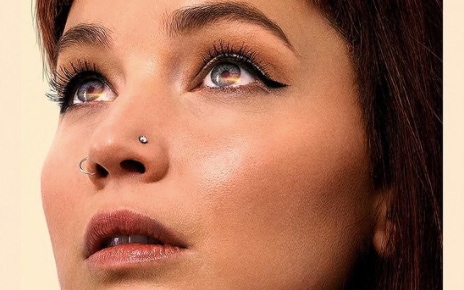 A cast made up of some of the hottest names in the golden world of Hollywood: from Jennifer Lawrence (PHOTO) to Leonardo DiCaprio via Meryl Streep, Cate Blanchett And Timothée Chalamet.

In the past few hours the official Instagram account of the film has published the character posters of the film, selected in cinemas from 8 December and on Netflix (also visible on Sky Q and via the app on Now Smart Stick) starting from 24 December.

Adam McKay has signed the direction and script of the production that is preparing to make its arrival on the streaming platform. Don’t Look Up stars Leonardo DiCaprio and Jennifer Lawrence as two astronomers intent on alerting humanity to the arrival of a comet.

A little while ago the official account of the film gave the public the character posters of the characters through two posts shared on the Instagram profile it boasts more than 36,000 followers.

The images depicting the protagonists have obtained excellent acclaim so much to count at the moment tens of thousands of likes and numerous comments.

Don’t Look Up, the trailer AND THE PLOT

A few weeks ago the Netflix Italy YouTube channel released the official trailer showing the first images of the film. The video, lasting over two minutes, offered a preview of the work.

In parallel, Netflix Italy also released the official synopsis, this is the text in the caption of the video: “Don’t Look Up tells the story of two humble astronomers who leave for a huge media tour with the aim of warning humanity of the approach of a comet destined to destroy the Earth “.