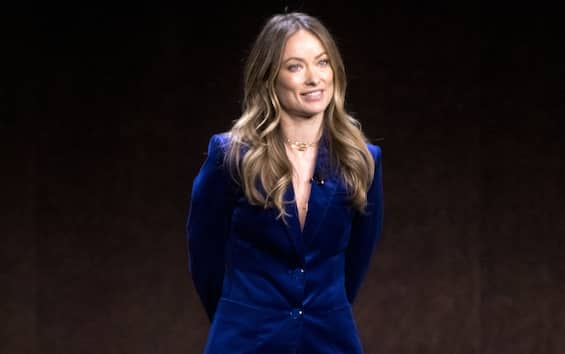 Next Monday 22 September the last film directed by Olivia Wildeof which she is also among the protagonists, entitled Don’t Worry Darling. A film that sees in the cast people of the caliber of Chris Pine, Florence Pugh and Harry Styles. The latter, for about a year, began dating the director / actress Olivia Wilde he met during the shooting of the film. A story that has sparked some speculations regarding the remuneration attributed to Harry Styles for the movie.

Since Olivia Wilde and Harry Styles have started a story, some have maliciously spread the rumor that the boy has had a pay even three times higher than the protagonist Florence Pugh. Through the microphones of VarietyHowever, Olivia Wilde immediately responded to such speculations, stating that this news is absolutely false and was only sent around to get a few more clicks on the online sites. Olivia Wilde went on to be very disappointed, indeed quite shocked at the thought that someone believed that there was a disparity in treatment among the cast members. Additionally, the director applauded Florence Pugh’s performance in Mindsommar – The village of the damned of 2019, which pushed her to want it strongly in her latest work.

Olivia Wilde is the pseudonym of Olivia Jane Cockburn, born in New York but who also has Irish citizenship. She made her big screen debut in 2004 in The girl next doorlater appearing in horror films such as Turistas in 2006 and The Lazarus Effect of 2015. In 2013, he is the protagonist of Third Persona drama film with a stellar cast formed by Liam Neeson, James Franco, Mila Kunis, Adrien Brody and Kim Basinger, as well as some Italian actors such as Riccardo Scamarcio and Vinicio Marchioni. Don’t Worry Darling it is not his absolute debut as a director, since in 2019 he had already directed The revenge of the losers. As for her private life, she has been married for 8 years to the Italian director and musician Tao Ruspoli. From 2013 to 2020 he has a relationship with his colleague Jason Sudeikiswith whom she becomes the mother of Otis Alexander in 2014 and of Daisy Josephine in 2016. In January 2021 he starts dating Harry Styles.