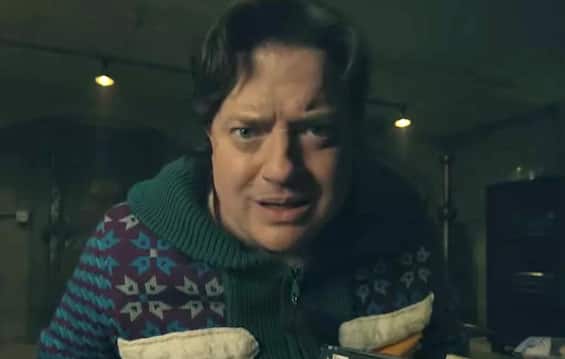 The third season has not yet arrived in Italy, which already faces the shadow of the new episodes that will make up the fourth season from Doom Patrol. A year after the last episode aired in November 2021 in the United States, HBO Max has released the official trailer of Doom Patrol 4. The new season of the DC Comics series will debut in the United States on December 8thand then continue from January 5 on HBO Max.

The acclaimed HBO series follows the strangest superhero team ever, which in the new episodes of the fourth season he will face a new villain, the end of eternal youth and a confrontation with his past. In a journey into the future, the sometimes comical superheroes will have to choose between their own happiness or saving the world from a terrible fate. On the other hand, the difficult climate has been felt since first bars of the trailer: “We are doomed. There is something very big and very dangerous. Immortus is real and is coming”: Willoughby Kipling speaks and presents the Immortus Project in search of immortality. Between action, mysteries to solve, fights, there is no shortage of comic moments that have characterized the series since the first season. The trailer’s big surprise is Brendan Fraserpresent in the cast in the role of Robotman, but which, in the video, appears with an uncovered face, an astonished gaze and a sports sweatshirt.

Alongside Brendan Fraser in the cast of the series, we find Riley Shanahan, Joivan Wade, April Bowlby, Diane Guerrero, Matt Bomer, Michelle Gomez, Skye Roberts and Matthew Zuk among others. The new episodes see however also two new arrivals: in particular, Sendhil Ramamurthy he will play the role of the villain Mr. 104. Alongside him, he will also arrive Madeline Zimafamiliar face of Twin Peaks, who will play Space Case. Produced by Berlanti Productions and Warner Bros. Television, the TV series is executive produced by Geoff Johns, Greg Berlanti, Sarah Schechter, Chris Dingess and Tamara Becher-Wilkinson, while Jeremy Carver is showrunner. Based on DC characters Arnold Drake, Bob Haney and Bruno Premiani, the comic series also featured authors Gerard Wayauthor of The Umbrella Academy and member of the band My Chemical Romance.

Doom Patrol 4 accompanies the recent return of Brendan Fraser to the screens. After the success at the turn of the 90s and 2000s and the popularity thanks to the saga The Mummy, the actor’s career had suffered a setback, only to make a big comeback in the last few months. Not only the role of Robotman in Doom Patrolbut also that of Charlie in The Whale by Darren Aronofsky: the lead role earned him a standing ovation at the Venice Film Festival as well praise from critics and pundits. The feature film that will see him in the role of a severely obese university professor will be released in American cinemas from December 9, 2022, while in Italy it will arrive in February 2023. In the role of Robotman, however, Fraser will appear with the first two episodes of the fourth season on December 8, 2022 on HBO Max After January 5, 2023, a new episode will be released every week, for a total of eight appointments.