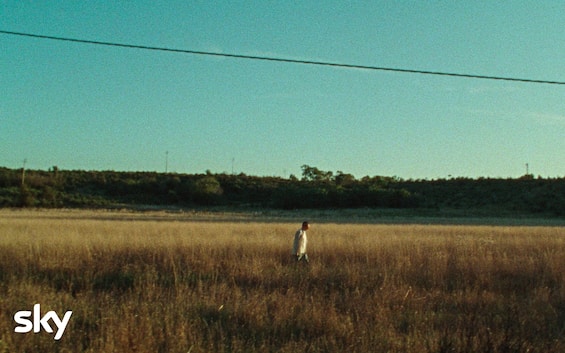 “Dostoevsky is the story of a man, a policeman, a ghost, a winter, a daughter, a friend, the end of a friend, a river, a murderer, a shining fish, a broken hand , an abandoned daughter, a colonoscopy, a charger, a better colleague, an orphan, an orphanage, a pregnancy, a lost daughter, a younger colleague, an eye washed in a sink , of a disease. Dostoevsky is the decisive battle between all these elements of the world “. THE siblings D’Innocenzo they just hit the first take of Dostoevskytheir first TV series, which they tell like this, with the unique style of their words and through the very first images released today.

The series, in six episodes, of which the D’Innocenzo brothers are also scriptwriters, is one in-house production Sky Studios produced with Paco Cinematografica. Revelation talents of Italian cinema in recent years thanks to the fulminating debut with The land of enough and the success of their subsequent projects – Bad TalesSilver Bear for Screenplay at the Berlinale, e Latin America – the D’Innocenzo Brothers will turn Dostoevsky between Rome and its surroundings until the end of winter. It will soon arrive on Sky and streamed on NOW in all countries where Sky is present, including the United Kingdom, Ireland, Italy, Germany, Austria and Switzerland. NBCUniversal Global Distribution is the international distributor, will handle sales on behalf of Sky Studios.

As already announced Dostoevsky will have as protagonist Filippo Timi (Win, The crimes of the BarLume, Fable, The eight mountains) as Enzo Vitello, a brilliant detective with a painful past. The rest of the cast is announced today: Gabriel Montesi (Bad Tales, Drought, Romulus, Christian), Carlotta Gamba (Latin America, Dante), Federico Vanni (Chiara Lubich – Love wins over everything, I am the abyss).

Dostoevsky follows the investigation of a policeman with a broken past and an inevitable future, Enzo Vitello, who finds himself investigating the blood trail of a ruthless serial killer, nicknamed Dostoevsky because of the letters full of macabre details he leaves at the crime scenes. Obsessed with the killer’s words, the cop goes so far as to embark on a dangerous solo investigation, getting closer and closer to the disturbing truth. A policeman and a murderer, both intangible, elusive, both ghosts, who proceed in the dark in the darkness of conscience, who chase each other but also a caress, dissecting together a loneliness that absorbs and encompasses everything. Dostoevsky the most complex investigation of all follows: Is the real crime to live?