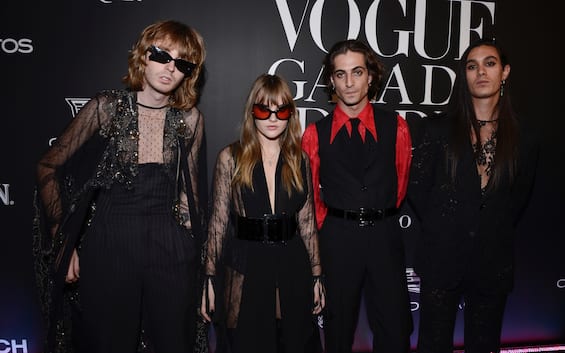 Unstoppable. A few weeks after the start of ticket sales for the two concerts at the Stadio Olimpico in Rome and at the Stadio San Siro in Milan, scheduled respectively for 20 July 2023 and four days later, the Maneskin (PHOTO) recorded the sold-out date in Milan announcing two new concerts.

Måneskin: “thank you all”

The victory at the Sanremo Festival, the triumph at the Eurovision Song Contest, the international success, the concert at the Circus Maximus and the nomination for the Grammy Awards 2023 are just some of the many goals achieved by DamianVictoria, Thomas and Ethan.

Måneskin have scored another success, in fact, a few weeks after the opening of concert ticket sales, the group announced that they had sold out at San Siro: “Our first concert at the Milan stadium it is now sold out. Thank you all”.

The group thus revealed the arrival of two other dates: on July 21 at the Olimpico And on July 25 at San Siro: “But the big news is that this summer we will have two more stadium concerts in Italy”.

In the meantime, training has been busy in recent weeks with the Loud Kids Tour Gets Louderthe concert series scheduled in the United States of America.