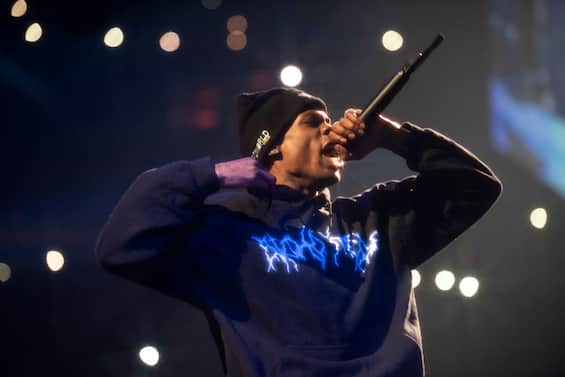 All good things come in threes and so on Pharrell Williams joined forces for the third time with Travis Scott in the single Down in Atlanta. This hymn to the city of Coca-Cola comes even seven years after the first collaboration between the two, that one Flyin’ High which also featured chillwave wizard Toro Y Moi. In between this hit and Down in Atlanta there was then as well Skeletonsseventh track from Scott’s acclaimed 2018 third album ASTROWORLD. The title of the album also gave its name to a controversial festival which (just twelve months ago) ended with a tragedy. What happened during the concert in Houston deeply affected Travis Scott who, after having moved away from music for a while, is now trying to get back on track with this groovy song.

Neither Travis Scott nor Pharrell can say they are related to the city to which the last piece is dedicated by blood ties. However, Atlanta has become, especially recently, a major destination for all those who love hip hop and it makes sense to celebrate it. For years, the city has been the cradle of one of America’s liveliest music scenes and according to some, it is here that trap exploded. Probably without what happened in Georgia not even Travis Scott (who was born in Houston, Texas) would have had the success he known. Already a few years ago on the other hand the New York Times wrote: “If someone wanted to understand the state of pop music based on the hits of 2017, they would find that the only thing that matters apparently is Atlanta”. This place has even inspired a TV series on its urban scene, whose atmospheres can also be found in a piece like Down in Atlanta. The song released on November 18 does not tell anything special, if not a couple of hours of the enjoyable life of Scott but it works well in laterally celebrating the legend of a special place for music. In all of this, Pharrell doesn’t say a word here, limiting himself to bringing out a modern base but which in its softness also winks at the solid soul tradition of the city.

To this day we do not know what the fate of Down in Atlanta. It could be a single destined to remain so, perhaps released now also to celebrate the recently deceased Takeoff by Migos (they grew up in the area). However, it should not be excluded that the new song may also enter the tracklist of the two authors’ next albums. Of Phriends, Pharrell’s next musical project, we at least know the title while figuring out when Scott will actually be ready to come out with a fourth work is a little more complicated. This is because, after the accident during the closing date of his Astroworld Festival in 2021 (which claimed the lives of ten people), the artist preferred to step away from the scene for a while. Down in Atlanta it is one of his first pieces after the tragedy and represents another stage of a slow return also live. For his part, Pharrell has meanwhile announced the return to his Virginia of his own festival: Something in The Water 2023. Perhaps among the friends present as guests in this edition there will be the rapper from Sick Mode who lately is trying to find himself, even reconnecting with his musical myths. After confessing an unsuspected passion for the Icelandic singer BjorkScott has in fact announced that he will be among the producers of the film dedicated to the legendary DJ Screw. The latter artist, a fellow citizen of Travis, was one of the innovators of rap at the turn of the eighties and nineties. With over 300 mixtapes, Screw helped put the South on the hip-hop map before passing away in 2000 of an overdose. It would be enough for Travis Scott to produce even a quarter of the music of his idols and with Down in Atlanta he hopes he can finally get back on track, putting the bad times behind him once and for all.