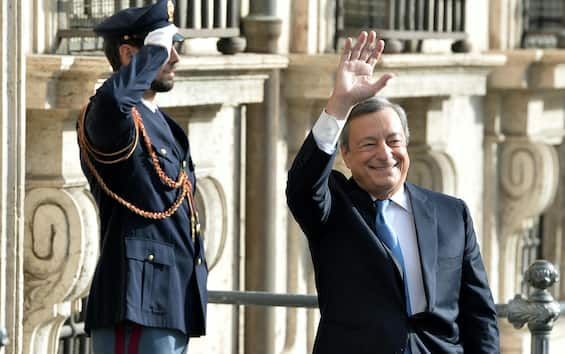 According to the Statistical Institute, the decisions adopted by the previous executive, such as the reform of the Irpef, the single check and the bonuses, would have helped to reduce the hardships of the poorest fifth of the population, although there are some cases in which they even increase . “The subsidies, therefore, help in the short term but do not solve the economic situation of families, a structural intervention is needed”, the comment of Codacons

The Draghi government has reduced poverty and inequality. This was stated by Istat, which highlights how the policies adopted in 2022 had the desired effects: in particular, we note the Irpef reform, the single and universal allowance for dependent children; one-off allowances of 200 and 150 euros; the bonuses for electricity and gas bills and the advance of the revaluation of pensions. All decisions that led to a reduction in inequality, measured by the Gini index, from 30.4% to 29.6%, and the risk of poverty from 18.6% to 16.8%.

The difference for families

The Irpef reform, the single allowance and other interventions – explains Istat – have reduced the risk of poverty for families with minor children, both couples (-4.3 percentage points) and single parents (-4. 2), especially following the introduction of the single cheque. For one-member families (-2.1) and for the over-65-year-olds alone (-1.3) the reduction is mainly due to bonuses and the advance of the revaluation of pensions. For families with no children or only with adult children, the risk of poverty remains almost unchanged or increases slightly.

Help for the youngest

In 2022, the single allowance led to a reduction in the risk of poverty of 3.8 percentage points for young people aged 0 to 14, 2.5 for those aged 15 to 24 and 2.4 percentage points for individuals in the age group between 35 and 44 years. The average benefit of the single allowance is estimated at 1714 euros (about 143 euros per month) for families who improve their economic situation. The highest average amounts are recorded for families belonging to the second fifth (2085 euros) and the third fifth (1949 euros). However, the largest share of beneficiary households belongs to the first two-fifths who also receive the largest share of expenditure on the total. The benefit in relation to household income is highest in the first three-fifths. If other policies are also considered, such as the personal income tax reform, bonuses and the revaluation of pensions, the risk of poverty is further reduced for all age groups over 24.

How much has the Irpef reform affected?

The Irpef reform has given rise to a decrease in effective average tax rates of 1.5% for the entire population, with more pronounced reductions in three-fifths of families with medium and medium-high incomes. Among the families that improve their situation, the average benefit is lower in the poorest fifth of the population, characterized by the presence of taxpayers with incomes below the threshold of the no-tax area, exempt from tax. Families in the penultimate fifth absorb 31.7% of the total benefit of the Irpef reform which corresponds to 2.3% of family income. Households whose situation worsens, on the other hand, suffer a higher loss in the richest fifth of the population, where more than half of the total loss is recorded.

The answer of Unc and Codacons

“The data are still shameful, not worthy of a civilized country,” said Massimiliano Dona, president of the National Consumer Union. “In any case, the Draghi government’s policies have served, including the one-off bonus of 200 euros, aimed at those earning less than 35,000 euros, which has helped reduce the risk of poverty. Not counting the effects, not calculated here, on consumption and the containment of the loss of purchasing power even for those who are not poor, but do not sail in gold”, concluded Dona. The Codacons, on the other hand, are harder. “Istat numbers confirm that the social bonus policy has helped only a portion of the population, to the point that for families without children or with only adult children, the risk of poverty even increases, as the same statistical institute underlines . Subsidies, therefore, help in the short term but do not solve the economic situation of families in the long term. Furthermore, the uncertainty of the effects of inflation on the level of poverty of families weighs heavily”, explained the president Carlo Rienzi.