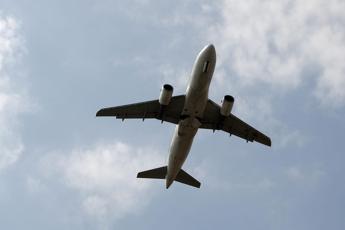 In the end it is one anticipated maneuver‘. The premier Mario Draghi signs an Aid Decree bis that goes beyond expectations, both for the allocation of 15 billion plus 2 for additional resources, and for the repercussions of the provision, which aims to “help families, especially the most vulnerable ones, in a phase of uncertainty and defend the recovery that has taken place “. The reference made by the premier, explaining the decree, is to the encouraging data on the Italian economy which this year “will do better than France, Germany and the United States”.


Draghi highlights the “extraordinary proportions” of the decree. And the work done by the Treasury, thanks also to the sharing of parties and social partners. “Minister Franco produced 3-4 financial statements this year and last year. A truly extraordinary commitment by the minister and the Mef, I believe it is unprecedented, but they do not have many things …”.

In the words of the Prime Minister there is also concern for what may come in the coming months. “There are also clouds on the horizon, the energy crisis, the gas price and the economic slowdown in the rest of the world” outline “worrying forecasts for the future”. For this, he does not stop at the vindication of what has been done. And he warns that things can change. “We must not underestimate the problems, inflation, insecurity” and “of course also political uncertainty, not only ours but also geopolitical, the crisis in the rest of the world”.

Draghi is determined to “go all the way”. To do everything he can do, despite managing current affairs. Even on a sensitive dossier, such as that of Ita. The procedure will go ahead, despite the decidedly contrary position expressed by the leader of the Brothers of Italy, Giorgia Meloni. “I hope that President Draghi denies the hypothesis of an acceleration of the Ita sale process to Lufthansa. It is a subject that is being talked about a lot in the media and that literally makes us jump as the government has resigned and can only deal with current affairs. This would not be at all “, he warned in recent days.

Today, Draghi seems to want to close this game as well: “It is not my intention to leave the issue to the next government, let’s do our duty to the end”. But it is not certain that the consortium of MSC and Lufthansa wins. The Italian-German proposal contrasts with that of the US fund Certares in commercial partnership with Air France-KLM and Delta Airlines. “The proposals received from the two consortiums concerned are neither fully consistent with the requirements of the Dpcm, so in these days they will be asked to formulate further proposals and to respond in a very short time. is to proceed “, explained Economy Minister Daniele Franco.