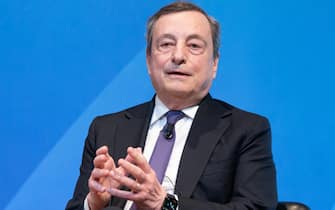 The Prime Minister Mario Draghi will leave today, Monday 13 June, for one two days of appointments in Israelwhere he will meet the Israeli premier Naftali Bennet and the Palestinian Prime Minister Mohammad Shtayyeh

WATCH THE VIDEO: War in Ukraine, Draghi welds the axis between Italy and France

THE main themes of the trip will be there cooperation in the field of energy and new technologies, the war in Ukrainethe food crisis. Israel, while condemning the Russian invasion without appeal, has so far shown an attitude of greater caution against Moscow compared to other countries

The journey begins today to go on, at a fast pace, until tomorrow evening, Tuesday 14th crucial day of the mission should be tomorrow: the meeting in Jerusalem with the Israeli prime minister Naftali Bennetthen the journey in the direction Ramallah for a face to face also with the Palestinian Prime Minister Mohammed Shtayyeh, with some cooperation agreements on the table

Ukrainian war, the hypothesis of Romania emerges for the wheat crisis: what it is

Tuesday morning President Draghi will go to the Yad Vashem. He will then visit the Holocaust Museumwith the ceremony of laying a wreath at the Tent of Remembrance and the signing of the Book of Honor

Dear gasoline, here’s how the government could intervene: the issues under consideration

Today the prime minister will see the Israeli president Isaac Herzog, will visit the Italian Synagogue – where he will meet the representatives of the Italian Community and sign the book of honor – then the day will end with the meeting with the Foreign Minister Yair Lapid

There food crisis that the grain blockade could determine will almost certainly end up at the center of the talks between Draghi and Bennet, as well as July 5 will be on the table of the bilateral ad Ankara of the Prime Minister himself with the Turkish President, Recep Tayyip Erdogan

The two trips, not even a month apart from each other, attest Italy’s intense diplomatic effortin search of all possible shores to promote peace within the joint European action and the Atlantic Alliance

There energy synergy between Italy and Israelin perspective a sort of “hub”, promises to be fruitful both on gas and on green hydrogen and could also extend to other areas

Rome in long-term investments focuses above all on renewablebut in the background there remains a project of interest: the Eastmed pipeline. Long 1,900 kilometers – one third on land and the rest by sea – once completed, it would carry Israeli gas from the fields discovered off the coast up to Italy and Europethrough Greece and Cyprus

Recently there has also been talk of a another possible submarine pipeline which, unlike the first, would include the Turkey in the energy route to the West by connecting it to the deposit Israeli Leviathan