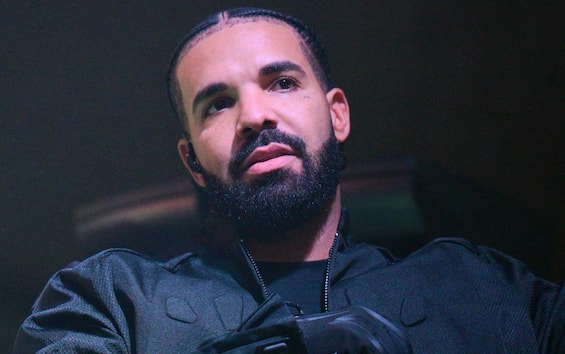 “When I first heard about Luna Luna I was blown away,” says Aubrey Drake Graham, the famous Canadian rapper, singer, record producer and actor with US citizenship.

As reported by the New York Timesthe Austrian artist André Heller created together with the aforementioned very famous artists of the 20th century the Luna Luna as a “bridge between the so-called avant-garde and the so-called normal people, since the artists were often snobs and did not connect with the masses”.
The park was inaugurated in 1987 but unfortunately closed its doors shortly after due to numerous financial difficulties.

In 2019 Drake became involved as an investor with his creative company DreamCrew.

When his creative venture, DreamCrew, was told the story of the Luna Luna, Drake wanted to contribute a large sum of money to bring it back to life.
“In a 30 second conversation […] we were all in,” said al New York Times Anthony Gonzales, a partner in Drake’s DreamCrew company.
It took months and months of negotiations to convince Austrian artist André Heller to allow Drake and his team to take over the restoration of the Luna Luna. Eventually Heller accepted, probably handing over the entire management of the park to the rapper’s company.

Currently the restoration is underway in Los Angeles. In fact, this park will be itinerant: it is not a fixed park, so it will not be restored in Hamburg, in the German city where it was built at the end of the 1980s.

“When I first heard about Luna Luna I was blown away,” Drake said. “It’s such a unique and special way to experience art. This is a great idea and opportunity centered around what we love most: bringing people together.”

Luna Luna is scheduled to tour the United States in late 2023, and then head off on an international tour starting the following year. The revamped Luna Luna will include original pieces and new, commissioned artworks from contemporary artists.

Even if reading the astronomical sum that Drake has decided to allocate to renew the Luna Luna makes the eyes pop, we are talking about one of the richest and most popular musicians of today.
Her Loss, the rapper’s collaborative album with 21 Savage, deprived Taylor Swift of the all-time top spot on both the US and UK album charts. Drake and 21 Savage’s record became number one in the US and UK earlier this month.
Taylor Swift was steady at number one for two weeks, with Midnights which became the best-selling album of the year so far in the UK. In the US, meanwhile, Swift became the first artist in history to land 10 songs on America’s Hot 100 songs chart. Billboard. So beating Taylor Swift is no easy thing, however Drake did it.

Her Lossthe latest album by Drake (and 21 Savage)

Despite the resounding commercial success, the critics do not at all agree in judging Drake’s latest album feat. 21 Savages.
The famous US magazine NME writes about it in tones far from being enthusiastic: “Despite some great rhythms and some heavy bars, Her Loss it’s disappointing. The whiny misogyny that runs throughout the record is a symptom of a larger problem: This album is essentially the sonic imprint of an enormously inflated ego. It’s further evidence that Drake’s art is suffering under the strain of his obsession with churning out as much music as physically possible. And while 21 Savage doesn’t have the same problem, both halves of the duo are responsible for an album that had the potential to be a classic, which it lacked.” NME cashier Her Losswithout ifs and buts.