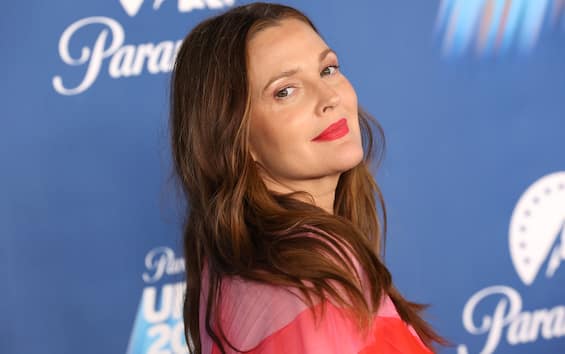 Drew Barrymore revealed that she hasn’t had an intimate relationship for years now, exactly six years.

“Since 2016, I have not been able to have an intimate relationship anymore,” said the American actress.

That was the year she separated from her ex-husband, the art consultant Will Kopelman with whom she had been married since 2012. During the years they spent together, Drew Barrymore had two children with him.
After the separation, it seems that the diva has not had any kind of intimate relationship, at least according to what she herself declares.
Barrymore, 47 (almost 48, as she points out on her website) had already talked about her sexual abstinence, however she recently returned to the subject in more detail. On her website she has posted a post titled “Rebels Who Love” in which she talks about the conclusions she has reached on issues such as sex and love.

“I’m not a person who needs sex and has to go looking for people to do it with”, that was the premise.

To then conclude: “I have come to the conclusion that love and sex are not the same thing”.

In the post she remembers how her relationship with sex has transformed a lot over the years, eventually becoming a healthier relationship, which was not at all for her before.
The post published on her website dates back to October 16, 2022. Among the things that Drew Barrymore writes, there is also the clarification on a misunderstanding regarding her relationship with sex: she does not hate sex, he wanted to emphasize.

The words of Drew Barrymore

“At nearly 48, I have very different feelings about intimacy than when I was younger. I did not have model parents and I related to people in an adult way from an early age “, notes Drew Barrymore, one of the fastest grown people in the world, given that she is a Hollywood star who became one when she was really small, a little girl.
In 1982, when she was only 7, she starred as Gertie in ET the extra-terrestrial by Steven Spielberg, quickly becoming one of Hollywood’s most popular child actresses, while in 1985 (just 10 years old) she was nominated for a Golden Globe for Best Supporting Actress for the film Irreconcilable dispute.

“I was looking for company! Excitement! Pleasure! Hedonism! Fun! And adventures! ”Explains Barrymore. “Now I can’t get into the time machine and change my story, so I choose to look at it through a positive lens, which is that I have lived! I have lived a full and very rich life. However, after two children and a separation from my father which made me cautious, I had the pleasure of shifting my focus when it comes to loving myself and my two daughters ”.

The actress adds that, while she was in therapy, she realized something that she even had to write down to be able to grasp the message: “Sex is not love! It is the expression of love “.

She says that, since being a single mom, she hasn’t been able to have an intimate relationship but had “the honor and pleasure of really working on myself and learning what parenting is, again something that wasn’t exactly clear. when I grew up “.

“I am in a completely different phase of my life and maybe in the near future I will have a relationship … For now it has not simply been my priority,” continues the actress in her post. “I mean, I am not a person who needs sex and has to go looking for people to do it with. For a long time, the relationship with a man has not been at the top of my thoughts. There are people who have come out of a marriage or a relationship need to pick up immediately where they left off, to start another relationship. There’s nothing wrong with that! Absolutely, nothing wrong with it. I don’t judge! And indeed, I celebrate their journey! Because for some people really works. For me it didn’t work. “

But to dispel any doubts, he concludes by saying that she absolutely does not hate sex, which many have been telling her lately. Her post begins with the story of a person who, when he met her for the first time, told her that she looks a lot like Drew Barrymore but that she is much more serene (without realizing that she was talking with the real Drew). And she would later add “And then Drew Barrymore hates sex”.

“I’ve finally come to the enlightening conclusion that love and sex are simply not the same,” says Barrymore. “So, for the record, I don’t hate sex!”, She wanted to state clearly.