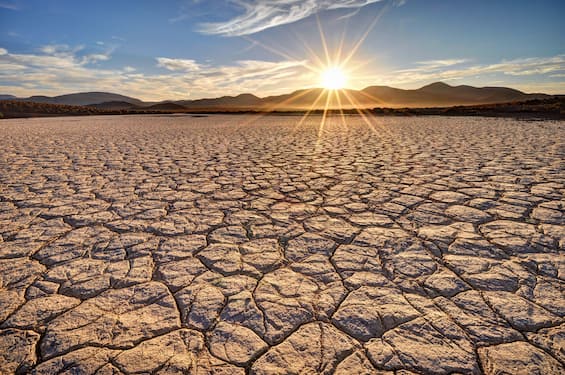 There is a drought alarm in half of Europe. In a report, the scientific service of the European Commission states that, as of 10 August, 47% of the European territory has reached a level of alert for drought, while 17% of the regions surveyed are on full alert. The researchers said the drought conditions are linked to the scarcity of rain and a series of heat waves that, starting in May, have affected river discharges across Europe. The reduction in water volumes also had negative repercussions on the energy sector, both for the production of hydroelectric energy and for the cooling systems of other power plants.

Warmer and drier than normal conditions are expected until November

The drought has substantially reduced summer crop yields, with corn, soybeans and sunflowers most affected, the researchers said. “Soil moisture and vegetation stress are both severely affected,” reads the report, which lists more than a dozen countries where drought risk has increased, including Germany, France and Britain. “The rest of Europe, already hit by drought, maintains stable conditions of severe drought,” according to the report, according to which the regions where conditions are worsening the most are those already hit by drought in spring 2022, such as for example northern Italy, south-eastern France and some areas of Hungary and Romania. Researchers predict warmer, drier-than-normal conditions until November in the western Euro-Mediterranean region. “Recent rainfall (mid-August) may have alleviated drought conditions in some regions of Europe,” said the experts. “However, in some areas, associated thunderstorms have caused damage and losses and may have limited the beneficial effects of precipitation.”

When the soil is too dry it cannot absorb the precipitations

Although in recent days the rain has arrived in many countries, it will hardly be able to alleviate the drought, because when the soil is too dry it cannot absorb the intense rainfall. The soil must first get used to absorbing water again. After a long period of drought, the earth tends to become hydrophobic, which means that it tends to be repellent to the penetration of rainwater. And absorption becomes even more unlikely when the now dry soil is affected by particularly abundant rainfall. The pores of dry soils are rich in air and when the rains are intense, the large mass of water that reaches the soil does not allow the air to escape quickly. As a result, water flows to the surface causing flood damage, while the soil remains dry