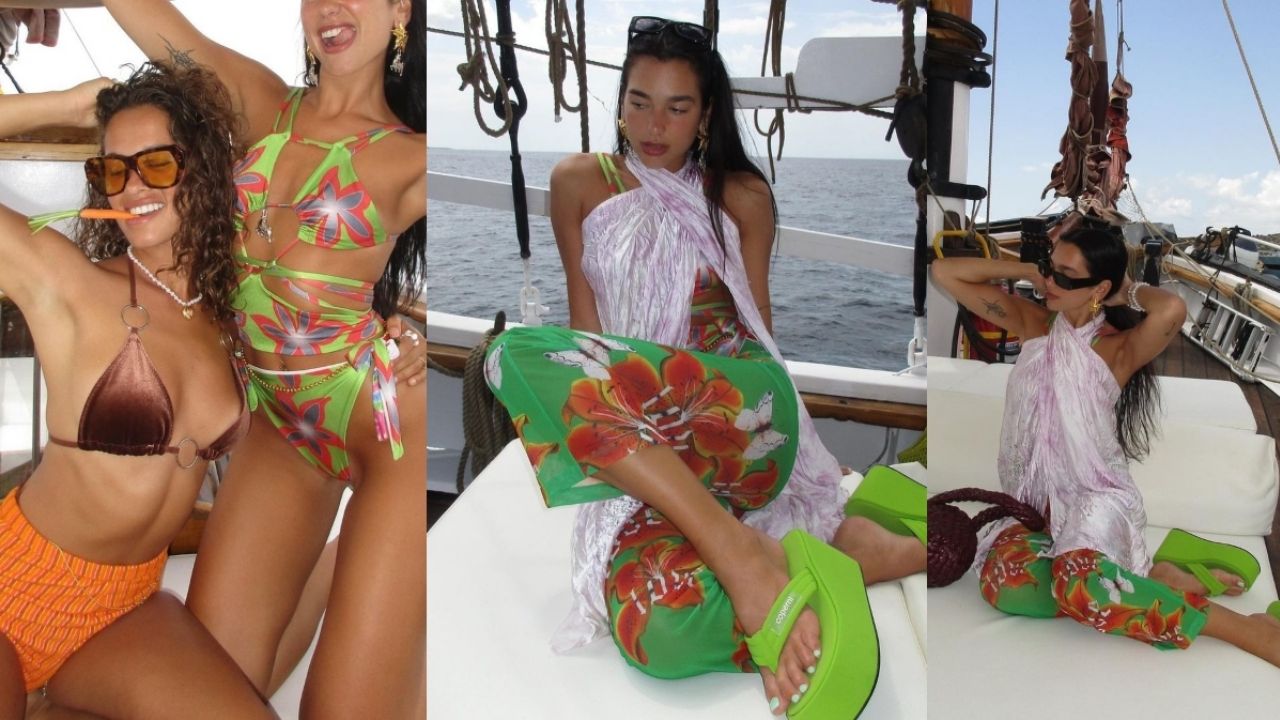 The week of Dua Lipa’s 27th birthday is over, but the singer is still in fine form, this time on a pirate ship in a skimpy lime green tankini.

Dua’s latest photo dump revealed that she celebrated on board with friends, then brought the party down to earth in a see-through dress.

He shared the photo with his 86 million Instagram followerswho can see the latest fashions of the Levitating singer.

Dua did not disappoint in the latest photos taken on a boat in Ibiza.

Dua showed off some outfits for her fans’ viewing pleasure.

The first outfit featured a sheer black spandex dress with cutouts and assorted ties, while the second was a green swimsuit with floral details.

Dua Lipa poses on a boat and parties with friends

Dua made herself comfortable later when she removed the ensemble to reveal a tankini that matched her pants.

She added a four-legged amulet to the outfit and a gold belly chain around her hips. The amulet matched her gold and silver earrings in the same shape.

Dua flexed her muscles on board as her friend, Sarah Lysander, chewed on a carrot.

Dua wore a form-fitting black dress that featured multicolored cutouts and ties that held the garment in place. She secured her long dark locks in an elegant braid.

The paparazzi then caught Dua while diving into the water and swimming with friends.

After performing at the Sunny Hill Festival earlier this month, Dua met the President of Kosovo and received honorary ambassador status.

Dua posed with the presidentVjosa Osmani, who congratulated the singer for raising awareness in the region.

Dua wrote in the caption: “Yesterday afternoon, our lady president @vjosa.osmani conferred on me the title of Honorary Ambassador of Kosovo. It is an honor and a privilege to be able to represent my country around the world and to continue my work and efforts globally to see that we make our mark and make a difference. The youth of Kosovo deserve the right to visa liberalization, the freedom to travel and dream big. Thank you ??????.”

Dua previously revealed that she moved to Kosovo between the ages of 11 and 15 after living in London, where her parents were refugees during the war.