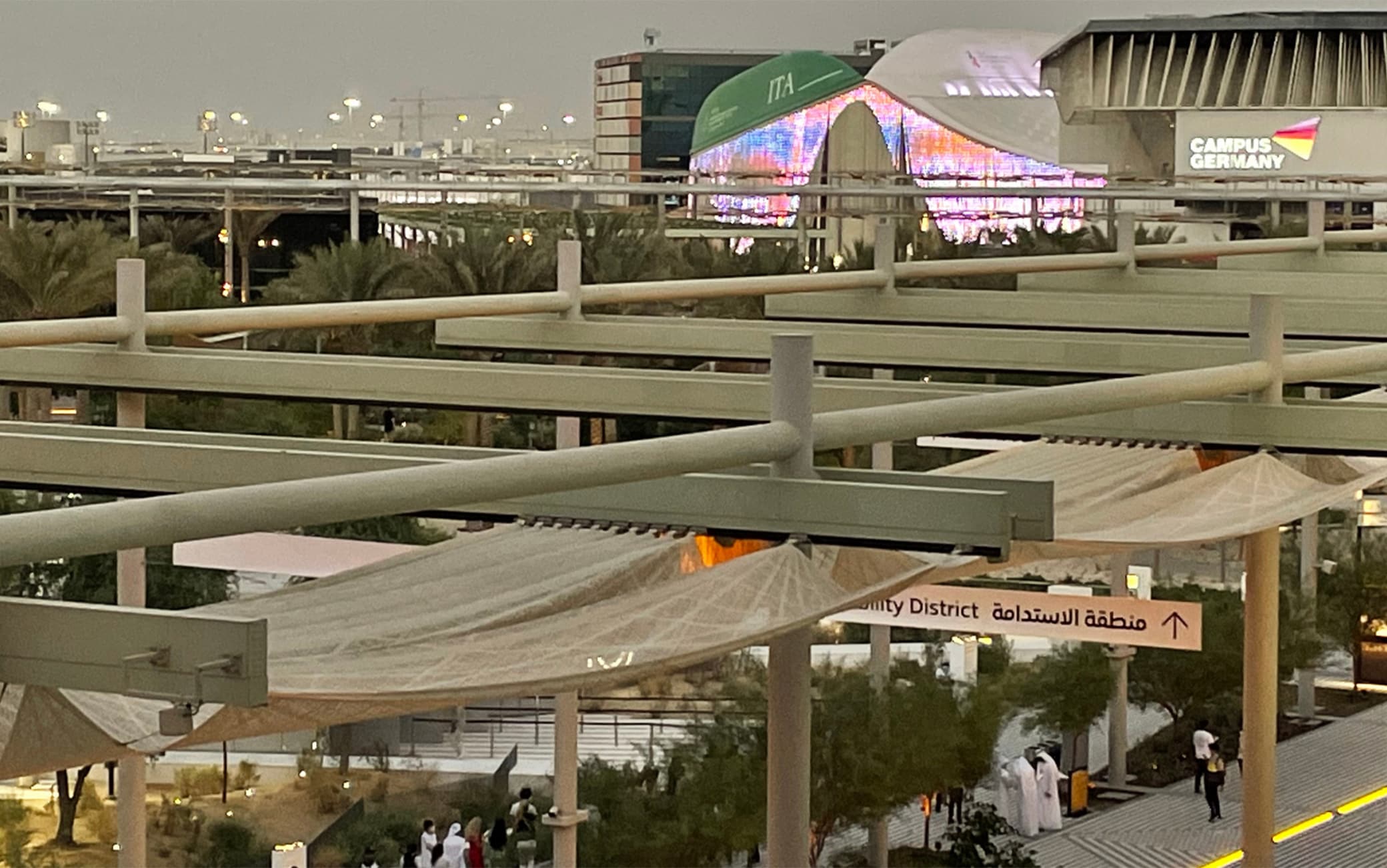 The Italian Pavilion at the Dubai Expo presents itself to the public as an experiment in reconfigurable architecture and circularity. It consists of three ship hulls that form the roof of the structure, a multimedia facade made with 2 million recycled plastic bottles and a natural climate mitigation system that replaces air conditioning, and already in their simplicity, these elements make make one of the most technically advanced pavilions of this first Universal Exposition in the Middle East.

What we find in the Italian Pavilion

The Italian Pavilion was designed by CRA-Carlo Ratti Associati and Italo Rota Building Office, with Matteo Gatto and F&M Ingegneria. Inside the structure there are some of the most innovative technologies in Italy. The building features a multimedia facade made using two million recycled plastic bottles. It also makes use of innovative building materials – from algae to coffee grounds, from orange peels to sand – and employs an advanced climate mitigation system as an alternative to air conditioning. Among the inventions that we can admire inside, to welcome visitors is Leonardo’s atomic clock, used by space satellites because it is among the most precise and stable in the world: it uses an innovative pulse sequence that leads him to have just one second of delay every three million years. A little further along the route, beyond the giant high-definition Ledwall on which the “Italian know-how” of Gabriele Salvatores is projected, a film that can be watched at night even outside the Pavilion, we come across the space drill produced by Leonardo that will leave for the ExoMars 2022 mission and which will excavate Mars up to two meters deep in search of life forms.

The plane taking off vertically

Inside the Pavilion you pass in front of the engine nacelle of an AW609 cover-plane, which represents an innovation in civil aviation and beyond. It can be seen at work in the heliport called Casa Agusta, which will facilitate mobility to and from the Expo area. The AW609 convertiplane is an airplane, with a take-off weight of about 8 tons and a high speed, it goes from Milan to London in two hours, but has the characteristics of a helicopter, with vertical take-off and landing.

The Politecnico di Milano in Dubai

But the Italian genius is not only found inside Expo, it is all Dubai that becomes a technological showcase: an “outside expo” is the initiative of the Innovation House of the Lombardy Region and the Polytechnic Foundation. “The logic in which the Innovation House moves is complementary to that of Expo Dubai, alongside the main initiative, opportunities for other activities are generated. Companies will be able to attend the main Expo event, but also in this all-Italian house of innovation , a place to present and admire other technological excellence “says the President of the Polytechnic Foundation of Milan, Andrea Sianesi, who will present to the international public of Dubai some of the research and technological innovations of the Politecnico di Milano such as the Competence Center or the Wind Tunnel .