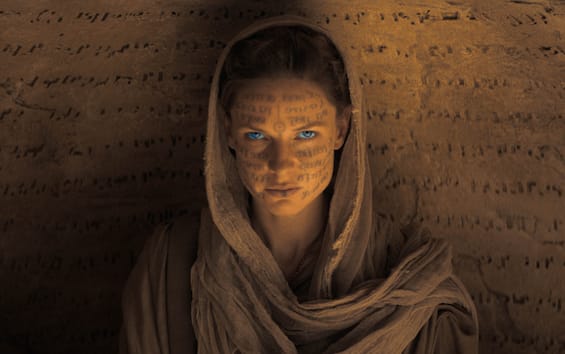 The filming of the highly anticipated television series Dunes: The Sisterhood have finally begun. The news is confirmed by the director himself, or rather: the director of the first two episodes of the show, given that the various episodes of this program will be edited by him and other colleagues.

Johan Renck, director of the first two episodes of Dunes: The Sisterhood, confirmed on his Instagram profile that filming has finally begun. We will therefore soon see the live-action show prequel to Denis Villeneuve’s blockbuster film, Dunesthe famous film released in 2021 and immediately became a cult.

An amazing cast has been assembled for this TV show in recent months. And now that they’ve decided who will play who, the takes can begin.

Emmy Award-winning director Johan Renck revealed on IG that filming on the series officially began on Nov. 22, writing the following: “Through machinations that took place millennia before the story you all know, we join the coven that one day it will be called Bene Gesserit,” reads the caption accompanying the image shared by Renck, which shows the original novel, written by Frank Herbert.
According to reports from the US magazine Collidersthe show will be set 10,000 years before the events depicted in the film Dunesand will focus on the Harkonnen sisters, showing them battling the forces that threaten humanity.

The cast of the series

Dunes: The Sisterhood has been described as a show set from the point of view of the Bene Gesserit, the mysterious order of very powerful women, people who have been given extraordinary supernatural abilities.

What is the Bene Gesserit

The Bene Gesserit (from the legal Latin term quamdiu se bene gesseritor “until he behaves well”) is a fundamental organization in the science fiction universe of the novels of the cycle Dunes by Frank Herbert. It is described as an esoteric sisterhood whose members undergo training over many years, a very long period in which they are physically and mentally conditioned in order to obtain enormous powers and abilities, so incredible as to appear magical. Due to the secretive nature of their practices and magical-like abilities, those unfamiliar with them often call upon them witches.
In this series, members of the Bene Gesserit will navigate their way through the warring factions, devious politics and intrigues of the Imperium. Eventually they will arrive on the planet of Arrakis, better known to its inhabitants – as well as the public – by the name of Dune.

In the third science fiction novel that makes up this literary epic, Dune’s children (Children of Dunes, 1977), the American writer Frank Herbert describes the members of the Bene Gesserit, and above all their mission, with the following words: “Religion is the child’s emulation of the adult. Religion is the encystment of past beliefs: the mythology, which is conjecture, the hidden assumptions of trust in the universe, those statements men have made in pursuit of personal power, all mixed with shreds of enlightenment. And always the last unspoken commandment is ‘Don’t ask questions!’ But we ask ourselves. Of course we break that commandment. The work we have set ourselves is the liberation of the imagination, the harnessing of the imagination to humanity’s deepest sense of creativity”. Quite sibylline, all right, but from these words the raison d’être of the order called Bene Gesserit emerges in all its force.

Based on the original 1965 novel of the same name, the film Dunes directed by Denis Villeneuve is therefore the ideal sequel to this series, which will tell the events that occurred 10 thousand years before the events of the film.

The film was released simultaneously on HBO Max and in theaters in October 2021.
The film was nominated for 10 Academy Awards, including Best Picture, eventually winning six statuettes.
A sequel titled Dunes: Part Two is currently in progress and will be released in theaters on November 3, 2023.

For now, an official release date has not yet been set for the TV series Dunes: The Sisterhood.