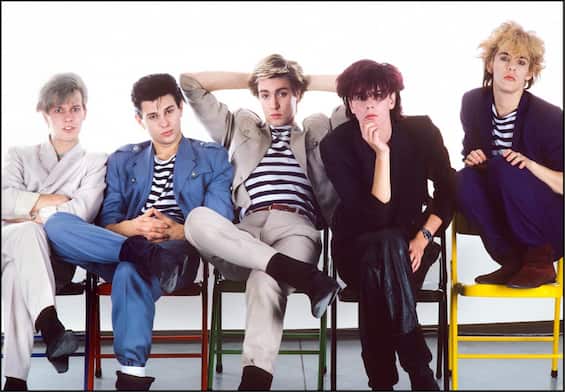 Please please tel me now. The Story of Duran Duran (published in Italy by The castle brand name Chinaski Editioni) is signed by the journalist Stephen Davis (already author of the best seller “The hammer of the gods. The Led Zeppelin saga”) and through exclusive interviews with the members of the group, friends and collaborators, reconstructs their history in detail from the beginning in 1978 to the present day. Artist enthusiasts glam And synths pop of the period such as Roxy Music, David Bowie and Ultravox, LeBon and associates set out in search of a new sound for the time: “What if the Velvet Underground were produced by Giorgio Moroder? Could we have a sound like that?”.

Handsome, young and cheeky, since the beginning they have been able to make refined music and move in the most glamorous circles: Nick Rhodes was close to Andy Warhol (“Oh, I love that Nick…”, she confided to Andy Taylor, “and I have a picture of him at home, for proof!”), Simon Le Bon very attached to princess Diana (“Someone had confided in Simon that he was Diana’s favorite!”) and John Taylor in intimacy with the famous English “bad girl” Amanda De Cadenet.

From the beginning to Birmingham the group soon attracted the attention of discography and gods mass mediamaking them one of the first bands to receive amedia exposure never happened in music. This is mainly thanks to themassive use of video clips as a promotional tool, but also to the exploitation of merchandising (“Their merchandising aimed at teenagers included clothes, accessories, pencil cases and lunch boxes, cosmetics, sweets“).


Fashion And art then they have always been two of the elements that have contributed to their success. From the very beginning of their career, Duran Duran began collaborating with stylists such as Perry Haines, Kahn & Bell and Anthony Price, able to give the group aimage refined and elegant which recovered the neo-romantic canons of the time. This attention to aesthetics interested many magazines juvenile and British and American musicals, who began portraying their own clean and aggressive looks at the same time.


John Taylor, Nick Rhodes, rogers Taylor, Andy Taylor And Simon The Bon tell how they have become one of the most influential rock bands on the planet, with over one hundred million records worldwide and always sold out tours. The volume also documents the first split of 1985 through the various reunions up to the last few years, with all the personal vicissitudes, the survival of the band with respect to the various marriages of the components and the relationship with the new social media. With timeless hits like “Hungry Like the Wolf”, “Girls on Film”, “Rio”, “Save a Prayer” and “A View to A kill” the music has established them as the most significant representatives of the music of the ’90s 80, no less have also become a generational icon in Italy and a point of reference for mass culture.