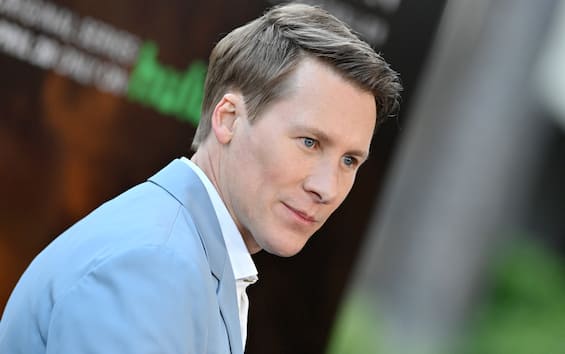 Dustin Lance Black revealed on Instagram that he suffered a severe head injury from which he is trying to recover.

American screenwriter, director, television and film producer and LGBT activist, Dustin Lance Black was awarded the Oscar for the film Milkof which he wrote the screenplay.
In these hours he confessed on social networks that he is trying to recover “from a severe head injury”, and added that “the road back will be long”.

She then wanted to thank her husband, the British diver Tom Daley, for taking him to the Greek islands in order to get him off a bit.

Daley is the famous English sportsman specialized in diving, world champion in the 10-meter platform in 2009 at the World Championships in Rome and then in 2017 at the World Championships in Budapest.
Tom Daley is twenty years younger than Dustin Lance Black: 28 years the first and 48 years the second, one English and the other American, they are a couple since 2014, they married in 2017 and became parents in 2018 .

The screenwriter Dustin Lance Black wanted to open up on Instagram in these hours, talking about his health problems to explain why he has disappeared in recent months.

In a post through which he shared some shots set in Greece, the writer said: “A month ago I suffered a serious head injury that prevented me from working. Showing little improvement, the doctors ordered me to turn off my brain. in the hope that it will heal “.

At the bottom of this article you can look at the post shared on Instagram by Dustin Lance Black.

Details of what happened were not disclosed

The screenwriter did not want to talk in detail about what happened a month ago, but limited himself to explaining the consequences and went out of his way to thank her husband.

“This week, my sweet and over-the-top husband took us to the Greek islands to get my brain turned off,” wrote Dustin Lance Black on IG. “I can already feel this journey is a step in the right direction, and I finally feel safe. to share a little new “.

A period “full of challenges”

Black added: “This has been a challenging time, a scary time for a creative person who depends on what’s in his skull to work, care for others, and love. And now I understand that the road back as first it will be long “.

Dustin Lance Black and Tom Daley have been married since 2017 and in 2018 they had their first child, Robert Ray.

“I’ve always wanted children. Even when I was 12 I was thrilled to be a parent, ”Daley said in an interview released in 2021.“ Robbie is three now. Becoming a parent helps you understand what he really matters. Now, when I’m standing on the end of a diving board about to dive, I can think, ‘Whether I’m diving good or bad, I can go home to my family and they would love me no matter what.’ “

Although many people never fail to emphasize the age difference between the two, the younger one (Daley in fact) demonstrates a wisdom that is the proverbial “in the face of the judge”.
Interviewed by the British newspaper The Guardian, he said last year: “One thing I quickly learned is that I don’t care what other people think. It has been useful since I have been with my husband. I’m 27, he’s 47. People have their opinions, but we don’t notice the age difference. When you fall in love, you fall in love “.

Below is the full message shared by the screenwriter on his Instagram page: “So I disappeared for a while … A month ago I suffered a severe head injury that knocked me out. Showing little improvement, the doctors ordered me to turn off my brain in hopes that it would heal. This has been a challenging and scary time for a creative type who depends on what he has in mind to work, care and love. And now I understand that the road back will be long. But this week my sweet, over-the-top husband took us to the Greek islands to shut me down. I already feel this journey is a step in the right direction and I finally feel safe again in sharing a little bit again. Thanks for all your love and patience. And there’s more. Promised “