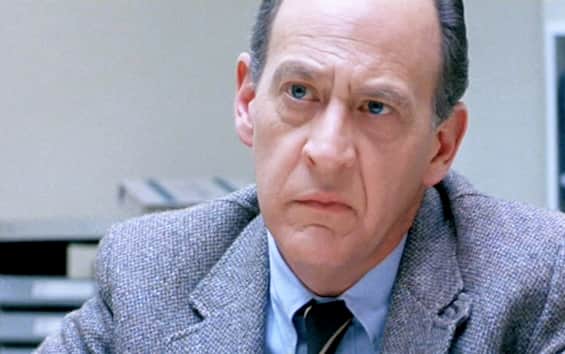 Actor Earl Boen, best known for his role as criminal psychologist Peter Silberman in the saga of terminators by James Cameron, where he starred alongside Arnold Schwarzenegger. Boen, who died in Honolulu, Hawaii last November, was diagnosed with lung cancer. To give the announcement of the disappearance a The Hollywood Reporter it was the daughter Ruby Harbin, who specified how her father died “peacefully in his sleep”.

Well at the cinema

Boen was born on August 8, 1941, in New York. During his career he starred in nearly 300 productions, both on the big and small screen. Many of him remember him for the cult scene of the first film of the saga terminators, where Silberman interrogates Sergeant Kyle Reese (Michael Biehn), a future freedom fighter who the psychologist believed suffered from paranoid delusions. Among the films of Boen are remembered To be or not to be (1983) by Alan Johnson, A touch of velvet (1986) by Robert Mandel, Bobo, a dog’s life (1987) by Melvin Frank, I married an alien (1988) by Richard Benjamin, Programmed to kill (1990) by Dwight H. Little, The Dentist (1996) by Brian Yuzna, The mad professor’s family (2000) by Peter Segal.

Earl Boen, between television and dubbing

As for television, he participated in series The streets of San Francisco, The Jeffersons, hazard, Murder, she wrote, Willy, the Fresh Prince of Bel-Air, A chimpanzee of… family, West Wing – All the President’s Men. The actor has also worked in radio and has lent his voice to animated series and video games such as Monkey Island, Zork: Grand Inquisitor, Return to Krondor, Star Trek: Voyager – Elite Force, Soldier of Fortune, Metal Gear Solid 2, Fallout Tactics, Icewind Dale 2, call of Duty, Psychonauts And World of Warcraft.