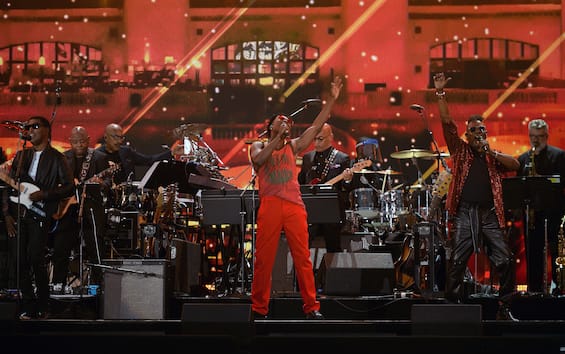 Died at 67 years old Fred White, historic drummer of Earth, Wind & Fire, an American musical group famous above all between the seventies and eighties. White was an early member of the band, founded by his brother Maurice White, who died in 2016.

Fred White, who was he

To announce the Fred White’s death, former drummer of Earth, Wind & Fire, was the Verdine brother. Born in 1955 in Chicago, White had started playing the drums as a boy, and at sixteen he was already part of the band that accompanied the songs of Donny Hathaway, singer and pianist from Chicago. During his career, won six Grammy Awards with Earth, Wind & Fire. “Our family is sad today. We have lost an amazing and talented family member, our beloved brother Frederick Eugene “Freddie” White – wrote Verdine on Instagram, announcing the drummer’s death – He joined his brothers Maurice, Monte and Ronald in heaven, and now he’s playing drums with the angels. He, brother number 4, was above all the wonderful brother always fun and delightfully fluffy. He will live forever in our hearts.”

Fred White joined Earth, Wind & Fire in 1974, four years after the band’s founding. Success comes in 1975with the album That’s the way of the world. Since then, the group has sold further 90 million records and some of their songs including September and Boogie Wonderland, have become timeless classics. In 1979 they were the first African-American band to perform to a sold-out crowd at the prestigious Madison Square Garden from New York. White, as a member of the band Earth, Wind & Fire, was also inducted into the Rock & Roll Hall of Fame in 2000, the American pantheon of rock and pop. The group experienced a new notoriety after the election of the president Barack Obamawho invited them to perform after he became President of the United States in 2009.