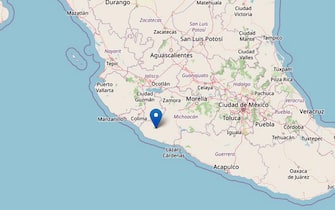 A 7.6 magnitude earthquake was recorded along the southwest coast of Mexico, off La Placita de Morelos. This was reported by the Geological Institute of the United States (Usgs)

The epicenter was found in Coalcomán, a municipality in the state of Michoacán, in central Mexico. This was announced by the National Seismological Center, explaining that the depth of the earthquake was 15 kilometers

The quake, which occurred at 13:05 local time (20:05 Italian time) was clearly felt in the capital, Mexico City, where the buildings swayed. Just an hour earlier, recalling the strong earthquakes of 19 September 1985 and 2017, the population of the capital had been asked to participate in an earthquake emergency simulation. The territorial services of Mexico City have communicated that a review of the public transport network has been carried out, which has resumed functioning regularly, and damages to infrastructures are excluded.