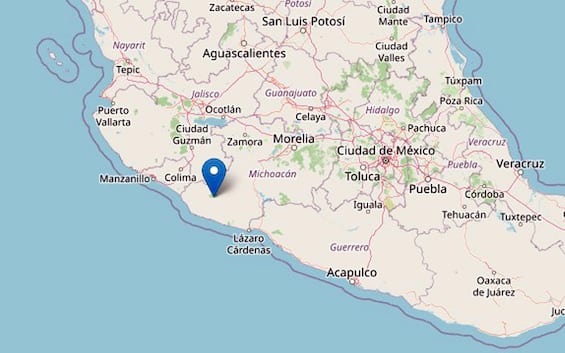 An earthquake measuring 7.6 was recorded along the southwest coast of Mexico, off the coast of La Placita de Morelos. This was reported by the Geological Institute of the United States (Usgs) while according to some media the shock was also felt in the capital, Mexico City, where the buildings have swayed.

A victim in the west of the country

President Andrés Manuel López Obrador reported that, as a result of the earthquake, a person died in Manzanillo, a city on the Pacific coast in the state of Colima, due to a fallen fence in a shopping center.

The National Coordination of Civil Protection of Mexico has ruled out the tsunami warning. “According to the bulletin of the Tsunami Warning Center of the Secretariat of the Navy”, following the earthquake “a generation of sea level changes is not expected due to the position of the epicenter”, wrote the Civil Protection on Twitter.

No major damage in Mexico City

The president of Mexico added that in Mexico City “there is no serious damage”, while in Coalcomán, the epicenter of the earthquake, and in the nearby areas of the state of Michoacan “there is only a report of material damage”. “I spoke to Claudia Sheinbaum, head of the government, and there is no serious damage in Mexico City,” the president wrote on Twitter. In a senior message, Lopez Obrador reported that he had “spoken to the governor of Michoacán, Alfredo Ramírez Bedolla, and there is only one report of material damage in Coalcomán, where the epicenter was, and in the surrounding areas”