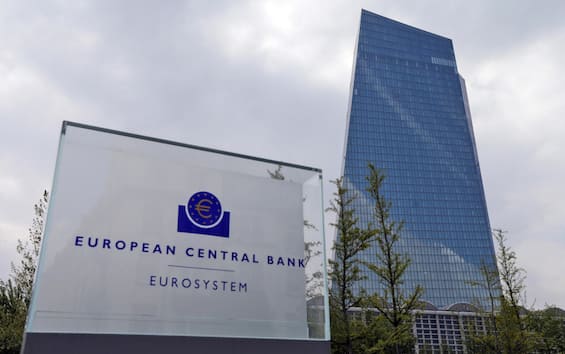 The Governing Council of the ECB has decided to raise the reference rates by 75 points with a move that does not surprise the markets too much but which confirms the prevalence of the ‘hawks’ who were pressing for an increase of more than 50 points initially estimated. With the tweak decided today – due to one the Eurotower brings interest rates on main refinancing operations, marginal lending operations and deposits with the central bank respectively to 1.25%, 1.50% and 0.75%, with effect from 14 September 2022.

“You will also rise in the future, the target is inflation at 2%”

This is – reads the note released at the end of the Council – an “important measure that anticipates the transition from the currently very accommodative level of reference interest rates to levels that will ensure a timely return of inflation to our 2% target” . The ECB board will continue to make rate decisions on a ‘meeting by meeting’ approach and relying on data.

The basis of today’s choice is inflation that “continues to be far too high and is likely to remain above the target for a prolonged period of time”. The ECB has also significantly revised its inflation projections and now expects it to reach an average of 8.1% in 2022, 5.5% in 2023 and 2.3% in 2024.

The ECB has cut the estimates of the Eurozone’s GDP. According to the central bank, the economy will grow by 3.1% in 2022, 0.9% in 2023 and 1.9% in 2024. As the statement reads, “after a rebound in the first half of 2022, recent data indicate a substantial slowdown in economic growth in the euro area, with an economy that should stagnate during the year and in the first quarter of 2023 “. Among the causes, very high energy prices which “are reducing the purchasing power of people’s incomes and, although the supply bottlenecks are easing, continue to limit economic activity”. Furthermore, the war “weighs on business and consumer confidence”.

The Governing Council, the ECB note reads, is ready “to adapt all its instruments within its mandate to ensure that inflation stabilizes at its 2% target in the medium term. -spread, ed) is available to counter unjustified and disordered market dynamics that represent a serious threat to the transmission of monetary policy in all euro area countries, thus allowing the Governing Council to more effectively fulfill its mandate to preserve price stability “.

ECB will continue to reinvest App and Pepp maturing securities

The Governing Council of the ECB intends to continue to fully reinvest the principal payments of maturing securities purchased under the App program for an extended period of time beyond the date on which it began to raise the key ECB interest rates and however, for as long as necessary to maintain ample liquidity conditions and an adequate stance of monetary policy. Regarding Pepp, the Governing Council intends to reinvest the principal payments of maturing securities purchased under the program at least until the end of 2024. In any event, the future depletion of the Pepp portfolio will be managed to avoid interference with the proper orientation. monetary policy. Redemptions due in the Pepp portfolio are reinvested in a flexible way, in order to counter the risks for the mechanism. monetary policy transmission related to the pandemic.