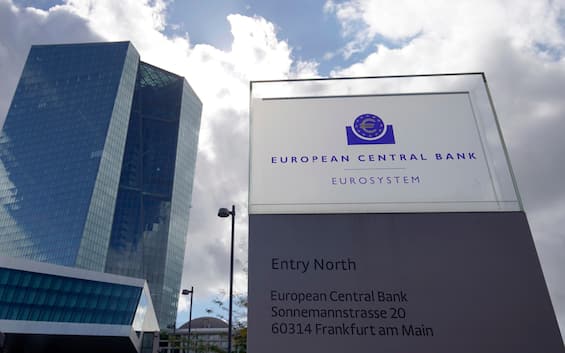 The move will serve to “curb demand and protect against the risk of a persistent increase in inflation expectations”. Goodbye to negative interest rates also in Switzerland. The European Central Bank then underlined the risks to growth linked to the protracted war between Russia and Ukraine

The ECB, after the 3/4 point squeeze at the beginning of September, “expects to further increase interest rates to curb demand and protect against the risk of a persistent increase in inflation expectations”. This is what is written in the Economic Bulletin of the European Central Bank, which also highlights the risks to growth with the protracted war between Russia and Ukraine (ALL THE NEWS ON THE CONFLICT LIVE).

“Considerable slowdown in the Euro area”

The ECB also highlights that “after the recovery in the first half of 2022, recent data indicate a considerable slowdown in the Euro area, with the economy expected to stagnate later in the year and in the first quarter of 2023”. The increase of 75 points also in Switzerland which, after 8 years, is saying goodbye to negative rates.

“The indicators obtained from the markets suggest that, in the short term, oil prices will fall, while wholesale gas prices will remain at extraordinarily high levels”, explains the ECB. And on inflation, which is affecting food products , the Bank recorded significant growth: “From 9.8 to 10.6% between July and August, driven upwards by the world prices of food raw materials and by the increase in their producer prices in the Euro area”.

“In light of the deteriorating economic outlook and current inflationary pressures, it is likely that the resilience of businesses will also depend on the continued support provided by economic policies, in particular that offered by the budgetary authorities”, explains the ECB. which, however, encourages a turnaround from the pandemic ‘rain’ support. “Budget support measures aimed at cushioning the impact of energy price increases should be temporary and targeted at the most vulnerable households and businesses, in in order to limit the risk of fueling inflationary pressures, improve the efficiency of public spending and preserve debt sustainability “.