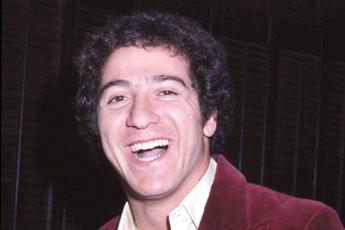 In the popular ‘Happy Day’ spin-off series, he was the boxer who dreamed of becoming a dancer

The American actor Eddie Mekka, known for playing the role of Carmine ‘The Big Ragoo’ Ragusa in the sitcom ‘Laverne & Shirley’ (1976-83), spin off of ‘Happy Days’, has died at the age of 69. The official Facebook account of Mekka, reports ‘Variety’, announced the news of the death, which took place on November 27 at his home in Newhall, California, without specifying the cause and merely writing that “he passed away peacefully”. Actress Cindy Williams, who played Shirley on the popular sitcom, described Mekka on Twitter as a “world-class talent”.

Born as Rudolph Edward Mekjian of Armenian parents in Worcester on June 14, 1952, he studied at the Worcester County Light Opera, where he then taught singing. Before moving to Los Angeles, he had earned a Tony Award nomination in 1975 for his lead role in ‘The Lieutenant’ on Broadway. On TV he debuted with ‘Laverne & Shirley’, acting in 150 episodes: he played Carmine Ragusa, the back and forth boyfriend of Shirley Feeney (Cindy Williams). Dubbed ‘The Big Ragoo’ in the sitcom, he was a part-time boxer who owned a dance school and dreamed of becoming a dancer and singer. In the finale, she auditions for the Broadway musical ‘Hair’, fulfilling her life’s dream. The characters at the center of ‘Laverne & Shirley’ had debuted with a brief appearance in two episodes of ‘Happy Days’ and the spin-off had then been a great success.

Mekka has starred in dozens of telefilms, such as ‘Blansky’s Girls’, ‘Fantasy Island’, ‘Love Boat’, ‘California Dreams’, ‘Trails,’ Otto under a roof ‘,’ Zack & Cody at the Grand Hotel ‘,’ Beautiful ‘and’ Children’s Hospital ‘. Her films include ‘Beaches’, ‘Winning Girls’, ‘Dreamgirls’ and ‘Hail Mary!’.