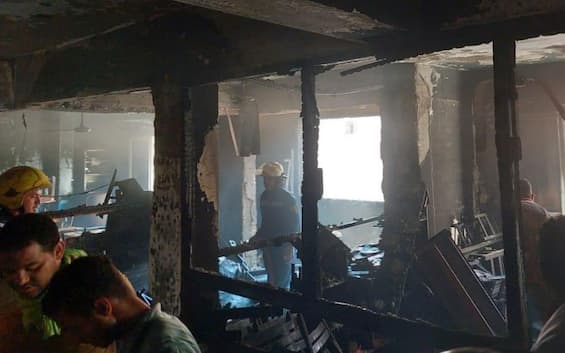 At least 41 people were reportedly killed and 45 injured following a fire that broke out inside a Coptic church in the Egyptian city of Giza. Local ecclesiastical sources report this to the international media. The origins of the fire have yet to be ascertained, even if one thinks of a fault in the electrical system that powered the building.

Local ecclesiastical sources spoke of at least 41 dead and as many injured but the toll seems destined to increase even considering the statements made by other sources. Separately, the Egyptian Ministry of Health has in fact communicated that some of the 55 people initially given for injuries have lost their lives.

The fire broke out as 5,000 faithful gathered for mass in the Abu Sifin church, in the Imbaba neighborhood. As the flames broke out, witnesses report, the crowded crowd in the place of worship took a stampede. According to preliminary information, the fire may have been the consequence of a failure in the building’s electrical system.

On hearing of the fire, four fire trucks intervened in an attempt to contain the flames. Meanwhile, Egyptian President Abdel Fattah al-Sisi has ordered all relevant state institutions to immediately take all necessary measures to deal with the incident and its effects and to provide health care to the injured.