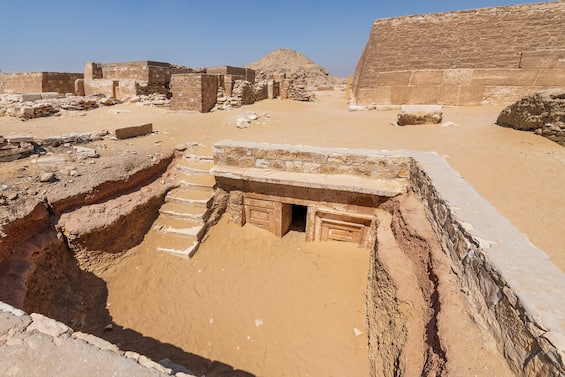 The tomb of an almost 3,500-year-old pharaoh’s wife, belonging to the 18th dynasty, that of Akhenaten and Tutankhamun, has been discovered in Luxor. Dating back to the 15th century BC, the royal tomb was unearthed by a joint archaeological mission of Egyptian and British researchers during excavations on the west bank of the Nile, where the valleys of the kings and queens are located, about 650 kilometers south of the capital of Cairo.

“It could be a queen’s grave”

According to Professor Piers Litherland of the University of Cambridge, who leads the team of British archaeologists engaged in the excavation of Luxor, it could be the tomb of a queen or a princess of the ruling family of the pharaohs with the name of Thutmose, of which so far are very few examples have been brought to light. The 18th dynasty of pharaohs, part of the period of Egyptian history known as the New Kingdom, ended in 1292 BC and is considered to be among Ancient Egypt’s most prosperous years. “The inside of the tomb is unfortunately in poor condition,” said Egyptian archaeologist Mohsen Kamel. Many paintings and inscriptions were already destroyed in antiquity, when sand and limestone sediments penetrated the burial chamber during floods.