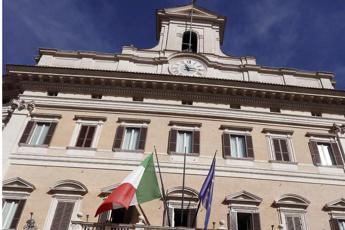 With parliamentary cuts and old Regulations, difficulties due to unchanged number of commissions and quorum Groups

Beyond the parliamentary balances that will come out of the polls next Sunday, a complicated start of a legislature in the Chamber from a procedural point of view. In fact, it is foreseeable that the failure to reform the Regulations after the reduction in the number of deputies will cause difficulties as regards the organization of the work and the structures of the political forces.


There are two issues in particular that risk producing negative consequences. First the failure to reduce the minimum number of members necessary to create a Groupcurrently set and remained at 20, equal to 3.1 per cent calculated on the old plenum of the Assembly of 630 deputies, but which rises to 5 with the cut to 400. The danger is that there are parties with a representation in Montecitorio but with a number of elected representatives that does not allow the formation of a Group and therefore requires a possible derogation by the Bureau, as has happened in the past.

Another knot that could be particularly complex to solve is that of number and competences of the standing committeesremained unchanged despite the decrease in the audience from which to select the components, with the real prospect of creating a traffic jam in the planning and calendar of the works and a sharp drop in the number of commissioners in the individual bodies.

It is no coincidence that the work of the Council of the Senate Regulations focused on these two issues, where at the photo-finish, with the Chambers already dissolved, it was possible to unanimously approve a reform of the internal rules governing the activity. of the Assembly of Palazzo Madama. From now on, 6 senators will be enough and no longer ten to constitute a Group, with a substantially unchanged percentage, equal to 3 per cent, compared to the plenum which goes from 315 to 200 members.

Furthermore, considering that the reduction of the senators would have made the retention of fourteen commissions in excessively reduced composition not very functional, on the basis of the criteria of the affinity of matter and workloads, the Foreign Affairs and Defense, Environment and Works were merged. public, Industry and Agriculture, Labor and Health. Finally, the quorums and activation thresholds of numerous institutes envisaged by the Regulations were redefined.

Nothing in fact, as mentioned, instead in the Chamber. In the last session of the Regulation Committee, on 9 August, the appeal of the president, Roberto Fico, to try to approve some corrective measures for an adjustment with respect to the lower number of deputies, fell on deaf ears. In the end, it was impossible to do anything other than ascertain the impossibility of reaching a unanimous agreement that would allow a reform, albeit partial. Surely we will have to talk about it again with the start of the new legislature.