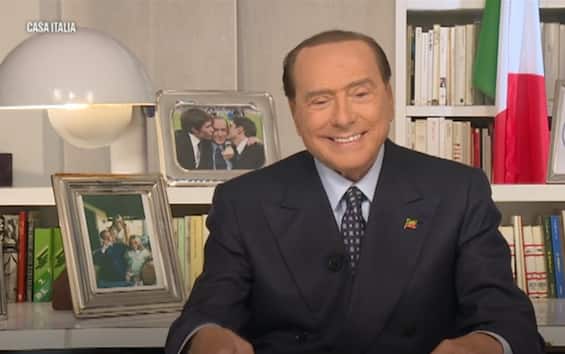 “I’m sure we will never have to use it” said the Forza Italia leader, adding that the government will have “the weight of a numerically and politically decisive political force”

“The center-right majority will have the best relations with everyone, but our references are the EU and the Atlantic Alliance. We will naturally guarantee this, if needed, absolutely”. In an interview with Corriere della Sera Silvio Berlusconi stressed that the credit openings and compliments also came from the EU and the US and not only from the populists, from Le Pen to Orbán. “Above all, we will give a strong impulse to the international presence of our country – he added – which can be a protagonist in consolidating the Union, taking decisive steps towards a common foreign and defense policy, in strengthening the loyal and constructive dialogue between the two shores. of the Atlantic and in relaunching the political initiative of the West in the face of the great global challenges “. (THE RESULTS BY REGION AND MUNICIPALITY – THE RESULTS MAP – THE SEAT BREAKDOWN – THE SKY TG24 SPECIAL ON THE ELECTIONS – THE SEAT GAUGE – ALL THE VIDEOS – ALL THE INTERVIEWS WITH THE LEADERS).

FI is a numerically and politically decisive political force

The prediction of an irreversible decline for Forza Italia “was an opinion or perhaps a hope of our opponents. Knowing the wonderful reality of the people of Forza Italia, our militants, local and national leaders, our elected representatives and our candidates, I had doubts about this result – he explained -. I have said it many times, we are and will be protagonists of the future of this country “. If Berlusconi thought there was a risk “of populist drifts, the government would not even start, indeed we would not even be allied with the other two parties in our coalition”. Now who will go to Palazzo Chigi “the head of state will decide”. But if Fratelli d’Italia will give the name of Giorgia Meloni as an indication, “we will loyally support her in consultations with the President of the Republic”. FI in the government “will have the weight of a numerically and politically decisive political force” she reiterates. The international position of the country, “for us is a question of fundamental importance”. Giorgia Meloni “was a minister in my government at the age of thirty and has worked very well. I am sure that we will have an excellent collaboration with her”.