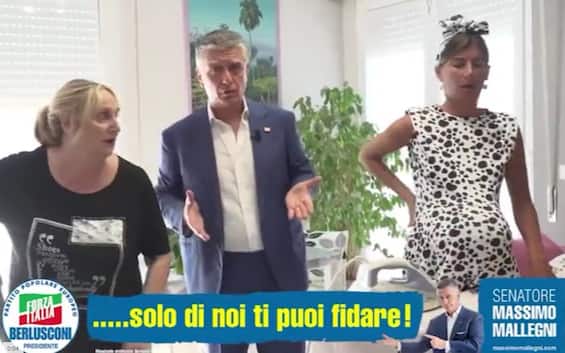 The spot of the Italian parliamentarian in which you see a woman ironing and another vacuum cleaner was not liked by many users, who considered it sexist and offensive. He defends himself: “I showed a scene from everyday life”

One woman is vacuuming, another is ironing. Among them, the outgoing Tuscan senator of Forza Italia and candidate in the next elections Massimo Mallegni who promises: if we go to the government we will give “an income and a pension” to the housewives. However, the spot of the blue parliamentarian, spread on social networks, was not liked by many users, who considered it sexist and offensive, an expression of a mentality according to which domestic work would be an exclusively female prerogative. (ELECTORAL CAMPAIGN: LIVEBLOG – FIND PARTY: TAKE THE QUIZ)

Mallegni: “Give dignity to those who stay at home”

Mallegni, however, is not there and defends himself: “In the video I showed a scene from the daily life of millions of Italian housewives who do it in four, seven days a week, to take care of their families. The keyboard lions’ cages have opened. of politically correct. This concept of giving dignity to those who stay at home, by choice or by necessity, must be something to do immediately “. “At the same time – he continues – we have the duty to offer to those who, in addition to their own home and family, also have an external job, all the possible facilities to be able to do so, starting with the free nursery schools that are widespread throughout the territory. The concept of freedom for me is fundamental and I cannot think that even today people reason in an archaic and male chauvinist way “.

The video of the Northern League councilor against Roma

In the past few hours, the video of the Northern League adviser from Florence has also aroused much controversy. Alessio di Giulio, councilor of district 3, has filmed, in the center of Florence, a woman in typical clothes of the Roma community intent on begging, commenting: “On September 25, vote for Lega to never see her again”. The woman initially greets and smiles, then changes her expression and replies: “No, don’t say that. I’m not afraid”. The initiative was condemned by Lega leader Matteo Salvini: “Things are not resolved like this.”