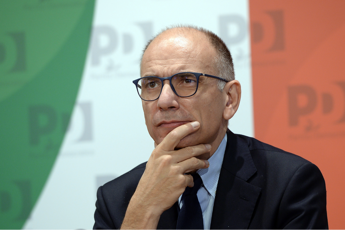 “We will not allow the right to throw the PNRR money”

“The comeback has begun and begins in the South. We are here to say exactly this. “So Enrico Letta in Reggio Calabria with Roberto Speranza and Pier Luigi Bersani.” There is nothing more exciting than being the secretary of the largest people’s party in this country, the only great party national team that says the same things from North to South unlike the others “.


“When I agreed to come back and be the secretary, I said that it was not possible that Roberto Speranza and I were in different parties. I made the commitment to build a common path and today we are here together with Speranza and Bersani and it is the best thing” . “Hope is one of the most important resources of our campaign just think of the self-denial it had in the management of Covid and compare it with the ambiguity that still has the right”.

PNRR – “In the debate with Giorgia Meloni he said nothing about the environment that was not the stereotype of the Mulino Binaco house, but the environment is not the Mulino Bianco house and there is a lot in the Pnrr for the climate and we will not allow that they throw away European money with the excuse of renegotiation and do as Tremonti always did and send money destined for the South to the North “.