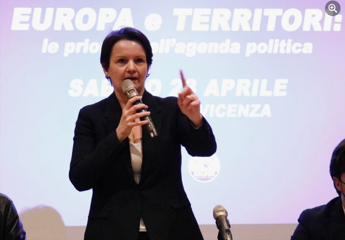 “Crosetto says that autonomy is not a priority? With Fdi we govern many cities and regions, but we are an autonomist force and we say it clearly, autonomy must arrive immediately, now we solve the energy crisis, then we work for the autonomy of our regions, with all due respect to Crosetto and Fdi “. It does not go down to the Venetian Mara Bizzotto, candidate for the Senate with the League, the exit of Guido Crosetto, one of the founders of Fdi, who, interviewed by the Gazzettino, said that ‘autonomy comes after crisis and presidentialism’. “I also say this to Giorgia Meloni, there will be no center-right government without the autonomy of Veneto, Lombardy and other regions that want to ask for it”, the European member of Bassano del Grappa, interviewed by AdnKronos, says. runs for the uninominal of the Senate in Vicenza.


“If they have not understood it – he still says to the allies of the Brothers of Italy – autonomy comes first of all, there is among other things a referendum voted by the people and a path already started, the framework law of Gelmini, an incardinated norm, therefore we cannot hesitate “. “They are betting on presidentialism? It seems to me that the road is much longer for that reform, there is a lot to discuss, while I want to say clearly that without autonomy there will be no center-right government”, she concludes.