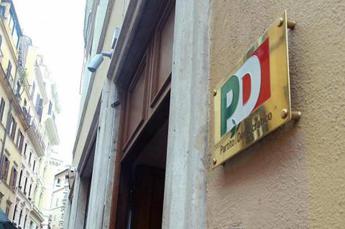 The package of measures dem

An extra salary at the end of the year, minimum wage, abolition of extra-curricular internships, fair compensation, reform of the citizen’s income. These are some of the points of the program of the Democratic Party at work which definitively goes ‘beyond the Jobs Act’ as – underlines the Pd himself – anticipated by the secretary Enrico Letta already last May.


The package of measures against poor and precarious work, on the Spanish model, specifically they are: an extra salary at the end of the year thanks to the reduction of taxes on labor; law against “pirate contracts” which recognizes the legal value, valid for all, of the economic salary established by collective agreements; minimum contractual wage against poor work (minimum threshold defined with social partners and in line with the EU Directive: € 9 per hour); Citizenship income reformed also with the integration to the income of poor jobs (in-work benefit); strengthening of the “Fund for new skills” and the expansion contract.

And again, strengthening of employment centers; apprenticeship reform; abolition of extra-curricular internships (except those that start 1 year after the end of studies, which must in any case be paid and last a maximum of 12 months); introduction of the reason at the beginning of the employment relationship for the fixed-term contract.

The Pd proposals also provide for the strengthening of controls against undeclared and undeclared work with the extension to all sectors of the Single Document of Contribution Regularity, already applied in construction; full application of the law on illegal hiring and for the fair remuneration of male and female workers; extension to all public procurement of the bonus clause for youth and female employment already included in the NRP.

And again, the law for fair compensation in all relationships where the client is not a natural person and which provides for the sanction exclusively for the client; anticipation of the EU proposal on online platform workers, with the burden of proof on identifying the type of employment relationship presumed to be subordinate to the platforms; promotion of smart working: promotion of projects to reduce working hours with the same salary; promotion of social responsibility and forms of economic democracy in the governance of large companies.