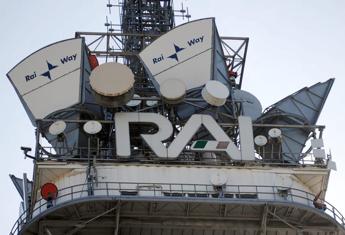 Barachini: “To guarantee not only equivalent spaces but equal media relevance and hourly visibility”

The president of the Rai Parliamentary Supervisory Commission Alberto Barachini will ask Agcomaccording to what Adnkronos learns, one verification of the level playing field guaranteed by the Public Service in relation to television ‘confrontations’ between political leaders.


The concern of the president of the Rai Supervisory Commission is to guarantee political exponents, as required by the rules on par condicio in full force since 10 August, not only equivalent spaces but also of equal media relevance and hourly visibility.

The leader of Action was the first to raise the issue of TV comparisons Carlo Calenda, the attack on social media after the decision of ‘Porta a Porta’ to invite for a face to face, next 22 September, the leader of the Brothers of Italy Giorgia Meloni and the leader of the Democratic Party Enrico Letta. “Not even in Russia public television would organize a confrontation two days before the electoral silence, excluding two coalitions”, thundered Calenda asking that “Agcom, the Board of Directors of Rai and Fuortes intervene immediately”.

To clarify, however, a communiqué from the same Rai program arrived in which it was explained that “at the prime time of Door to door on Thursday 22 September which will host the one-hour confrontation between Enrico Letta and Giorgia Meloni, moderated by Bruno Vespa, Matteo Salvini, Giuseppe Conte, Silvio Berlusconi, Luigi Di Maio and Carlo Calenda were also invited to participate. Each will be interviewed for half an hour in a manner to be established “and clarifying that” Porta a Porta is ready to host other discussions on the same evening if the conditions are ripe “.

A clarification that however generated discontent among the uninvited leaders. “It is evident a clear violation of the level playing field if this scheme remained, which the top management of Rai should explain to the guarantee authorities and the judiciary”, the piqued reaction of Verdi and the Italian Left according to which “it is not clear why, having invited coalition leaders, some other list leaders have been added, without all of them being there and only Salvini, Berlusconi and Di Maio are chosen”. While + Europe ironically: “There is an obvious typo: the absence of Emma Bonino and + Europa”.